When I was thirteen years old, I hit a turning point in my life: I discovered music and playing the guitar. This wouldn’t have happened if I hadn’t met a man named Joe Carbone who mentored me throughout high school and drastically changed the course of my life. For years, I’ve been looking for a way to be that figure to kids who may not have had the same opportunities I did. 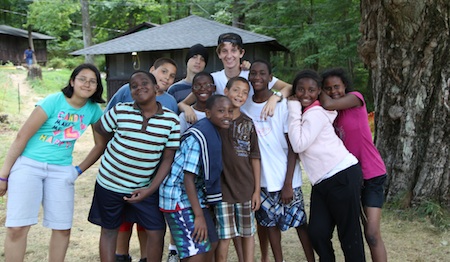 Having the chance to volunteer as a music counselor at CHB did just that for me. In the last two summers, I’ve taught the guitar to hundreds of campers. While most showed little interest, there were those handful who really grabbed on to music. Upon returning for my second summer, I’ve really seen how those children have grown. From the moment they got off the bus, many ran right over to me, eager to pick up where we left off. A few had even purchased their own guitars. Seeing how music had become so important to them really moved me and drove home that I had made the right decision to return this year to camp.

For this summer’s first talent show I assembled four bands, with a mixture of both new and returning campers. We worked as a team and became our own little family within camp – practicing in any small pockets of free time we had. Seeing the kids’ faces as they performed on stage was priceless. Camp Homeward Bound is a place where we all learn from each other – from the diverse staff or the campers themselves. I can only hope I have changed the lives of some of these boys and girls a fraction of how they’ve certainly changed mine.

In an attempt to divert attention away from the current lack of housing options, some folks are continuing to blame out-of-towners for current record homelessness and the strains on the shelter system. We have addressed this myth before, but let’s re-look at the numbers:

Over the past five years, shelter applicants from out of town have continued to remain a very small portion of the total number of families applying for shelter, making up roughly 8-9 percent of all applicants. 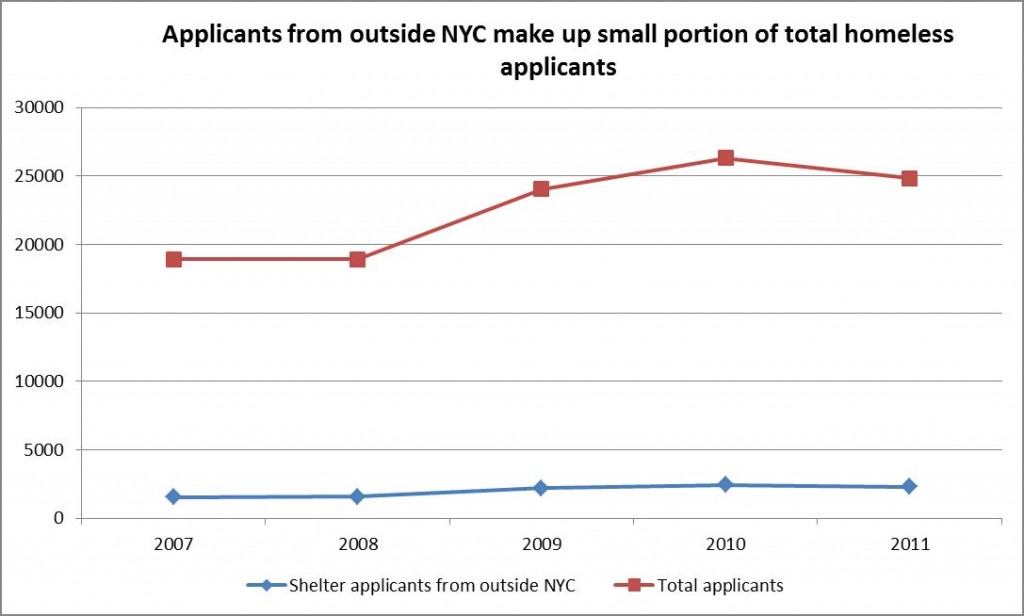 Between 2007 and 2011, the total number of shelter applicants increased by 5,926 families. Only 758 of these families were from outside the five boroughs. Furthermore, the number of out-of-town applicants actually decreased by 6 percent from 2010 to 2011. 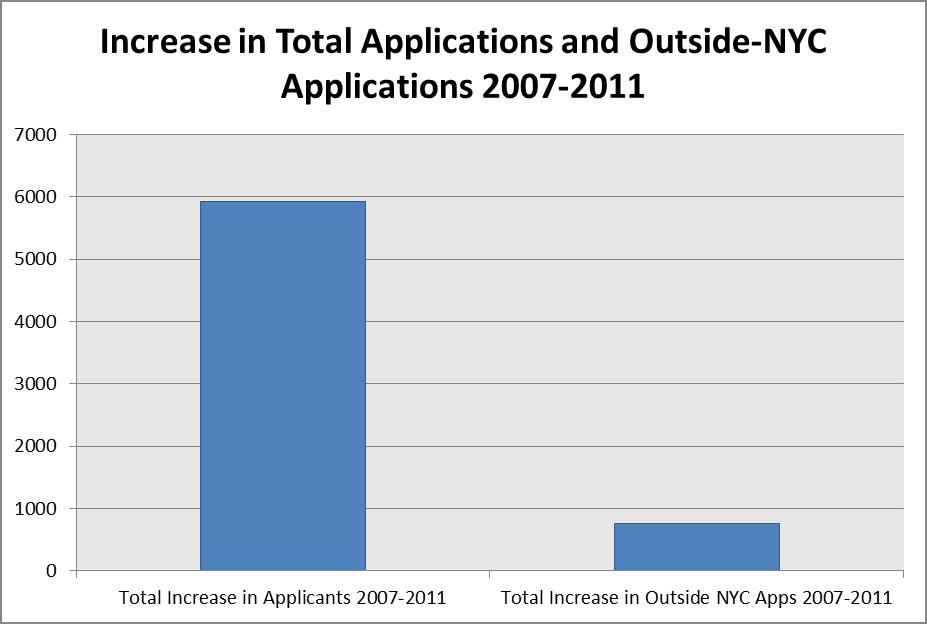 All in all, this fictional narrative about out-of-towners flooding New York’s shelters is merely a distraction from the real driver of record homelessness – Mayor Bloomberg’s ongoing policy of denying affordable housing resources to homeless families.

So what’s really behind rising shelter stays? The numbers tell a different story. The average length of stay for families with children took a marked rise just after March 2011, when the Bloomberg administration ended the last remaining rental assistance program for homeless families. 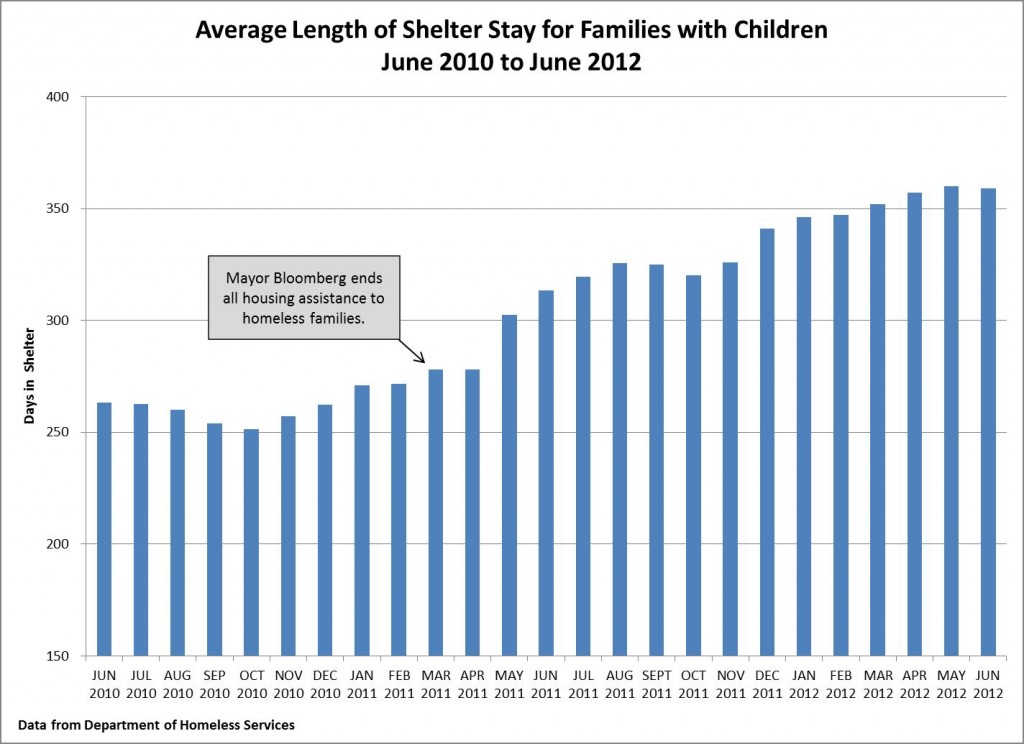 Since then, the Mayor has refused to implement cost-saving and effective strategies to move families out of shelter and into permanent housing.

In 2005, Mayor Bloomberg made the worst homeless policy decision of his tenure by cutting off homeless families from accessing federal housing resources, such as public housing and Section 8. These resources were cost effective and successful in moving families out of shelter and keeping them out. Data show that among families leaving shelters with these resources, less than 4 percent return. Under Mayor Bloomberg’s replacement time-limited subsidy ‘Advantage,’ nearly 1 in 3 families have returned to shelter.

City Council Speaker Christine Quinn has proposed a plan that would once again provide federal housing resources to homeless families. The Independent Budget Office concluded that her plan would save the City close to $6 million from the resulting decrease in the shelter census in the first year alone. But more importantly, it would provide permanent housing to 2,500 homeless families.

So here we have it: no housing assistance equals longer shelter stays and more homeless families, while access to federal housing resources equals savings and fewer returns to shelter. Mayor Bloomberg should examine his data more closely. It’s a no-brainer.