On Saturday, December 19th, over 100 children living in shelters joined us for a special holiday party. Set in the beautiful Alhambra Ballroom, located in Harlem. They were welcomed with goodie bags, a face painter, a professional DJ playing the latest hits, and characters from their favorite shows and movies. After a full lunch, the kids got a visit from Santa, where they each got to sit on his lap and were handed their own present. 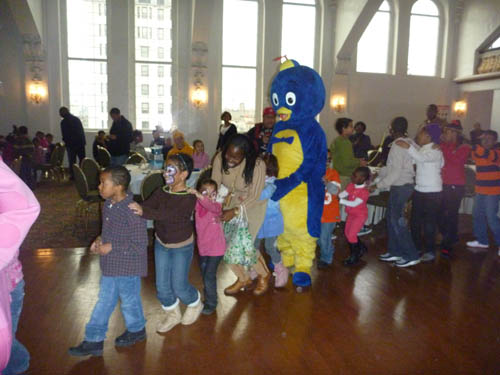 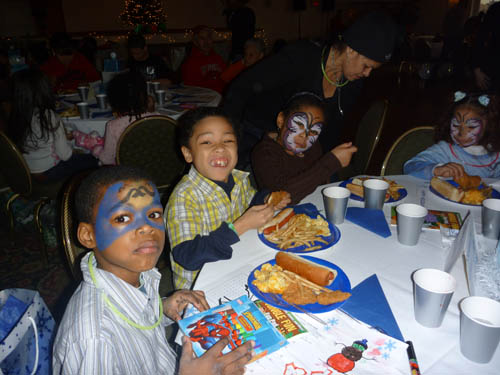 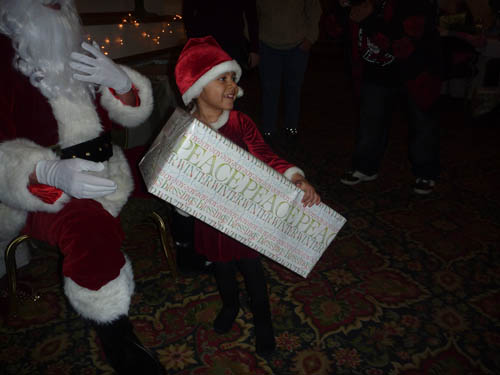 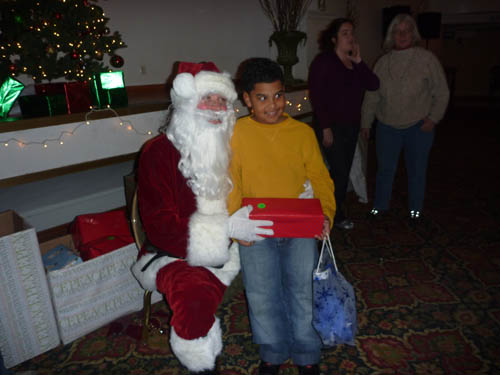 The Coalition would like to extend a special thanks to all of those who donated toys and funds to help make this extrodinary day a reality.

City officials have delivered some harsh holiday news to 3,000 poor and formerly-homeless families: The City will not honor housing vouchers already given to these vulnerable New Yorkers.

Last week, in a hastily-organized press conference, City officials revealed that more than 3,000 Federal housing vouchers which had already issued to low-income households would not be honored. Among the families affected are more than 1,500 formerly-homeless families who had been promised Federal housing vouchers — also known as Section 8 vouchers — as part of the Bloomberg administration’s “Advantage New York” program.  The cut-off also affects survivors of domestic violence, youth aging out of foster care, and other vulnerable New Yorkers.

The bad news was widely covered in the local press, by NY1 News, the New York Post, and the New York Times, which wrote:

“Elected officials and advocates for low-income housing expressed outrage over the move and criticized the authority for failing to do enough to prevent 3,000 families from losing the vouchers they had been given.

“‘It is shocking that the New York City Housing Authority is breaking its word to over 3,000 Section 8 voucher holders,’ said City Councilman Bill de Blasio, a Democrat from Brooklyn.

“Steven Banks, the attorney in chief for the Legal Aid Society, said the agency’s actions would swell the city’s family shelter system.

“I am deeply distressed by NYCHA’s announcement today that they will be unable to honor about 3,000 Section 8 Housing vouchers that have already been issued. It appears the city is pulling the rug out from under those people whom they have previously promised to help.

“The problem, however, is not NYCHA’s alone. Nationwide, housing authorities are taking drastic actions to cut back on services including forcing people out of apartments, because of a lack of funding….

“At a time of economic crisis, keeping people in their homes is essential. Without a safe and affordable home it is much harder to find a job, keep kids in school, and remain healthy. It is in our vital economic interests as a nation to ensure that the Section 8 program is functioning properly and it is obvious now that we in Congress must do more immediately to address this problem.”

As the Coalition has shown, there is a wealth of research and evidence proving that Federal housing vouchers successfully reduce family homelessness.  While there is clearly more that Washington needs to do to shore up the program in this dire economy, it is outrageous that City officials are now pulling the rug out from under 3,000 vulnerable families.

Welcome to the new, improved, and more-interactive Coalition for the Homeless website!

The Coalition’s re-designed website has up-to-date content and new features, including a blog and online advocacy tools to help you get involved.

Please take a moment to check out our current advocacy campaigns, where you can:

• Send a letter to Governor Paterson urging him to change punitive State rules that eject homeless children and adults from shelters to the streets.

Also, please check out some of our recent blog posts, in particular:

• “City Blames Homeless for Being Denied Shelter” — which described City officials’ alarming tendency to blame the failures of City agencies on homeless people themselves.

• “Thirty Years of the Legal Right to Shelter in New York City” — which records the recent anniversary of the first major ruling in Callahan v. Carey, the landmark right-to-shelter lawsuit.

• “A Stark Reminder of the Danger of Illegal Boarding Houses” — which looked at two recent fires in illegal dwellings and the dangers of the Bloomberg administration’s policy of referring homeless people to illegal, unsafe boarding houses.

You can also find out the latest news about the Coalition and NYC homelessness, including:

• Our recent legal challenge to the City of New York’s lack of shelter for homeless men and women.

Finally, you can learn about the Coalition’s acclaimed direct-services programs that help thousands of homeless and low-income New Yorkers.

We hope you enjoy the new website, and please come back to find new information and new features.