Based on current trends, we may be only weeks away from reaching a homeless population of 60,000 in New York City. It would be a terrible way to ring in the New Year.

Since the City and State entered into their first supportive housing agreement nearly 25 years ago, supportive housing – a combination of affordable housing with support services – has helped New Yorkers who face the most complex challenges live more stable, productive lives. 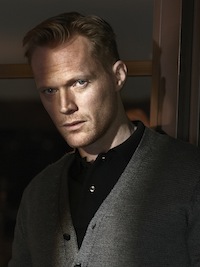 I first began working with the Coalition for the Homeless in 2012 because I needed help. I was writing a screenplay about a homeless couple who fall in love on the streets of NYC. It was inspired by a real couple who lived outside my apartment in TriBeCa – my neighbors, so to speak. I passed by them every morning on the way to take my kids to school. Initially I tried to talk to them, but in the end I gave up and began to walk by them faster and faster until finally, I’m ashamed to say, they became part of the landscape of the city in which I live. Then Hurricane Sandy hit and in the madness of trying to fit three kids, a cat and perhaps the dumbest dog in NYC into a car and head to higher ground, I didn’t once stop to question where they – my neighbors – might weather the storm. I never saw them again. And so I began to write.

During the whole process of making Shelter, The Coalition for the Homeless were incredibly helpful, vetting my script, getting me access to shelters and also taking me out on their extraordinary Grand Central Food Program, which delivers a staggering 1000 meals to homeless New Yorkers every night of the year.

I love New York. I fell in Love with it the moment I saw it. I also fell in love in it, and I now raise my family here. But in the last 15 years I’ve watched, with sadness, as the homelessness crisis has spiraled out of control. During the Bloomberg years New York City lost 36% of its low cost housing with catastrophic results. When I began writing Shelter the figures were already shocking: 30,000 adults and 20,000 children seeking shelter every night in NYC (many of these families have a parent in full time employment and still can’t afford NYC’s rents). It’s sobering to think that in the two years it’s taken me to finish my film, those numbers have swollen to 34,000 adults and 25,000 children. So you can see the scope of the problem NY is facing.

Fortunately New York has the Coalition, out there providing emergency services and fighting for long term solutions. They deliver meals, provide housing, have job training and tutoring programs, and run summer camps. They do advocacy work, and educate the public about homelessness. These people are angels, real life angels on the streets of NYC. I have been trying to give back to The Coalition for the Homeless, to repay them for their kindness in helping me with my film, but it is impossible – every time I think I’m giving to them, I always go home feeling that in some real way I’ve been given yet another gift from them.

It is surely unacceptable that in the richest city on earth nearly 60,000 people are homeless tonight. Affordable housing, enough food to eat, and a decent wage are fundamental rights of human beings. Emma Lazarus’ poem, displayed like a promise on the pedestal of the Statue of Liberty, has no caveat within its beautiful lines-

“Give me your tired, your poor,
Your huddled masses yearning to breathe free,
The wretched refuse of your teeming shore.
Send these, the homeless, tempest-tost to me,
I lift my lamp beside the golden door!”

The Coalition for the Homeless are relentless in their struggle to help the homeless of this city, and they have convinced me that there are real solutions that, given the will, can end homelessness in New York City. It might be a dream but it’s not a fantasy.