As of August 4, the New York City Department of Homeless Services reported that 104 homeless people have died from COVID-19, including 96 sheltered individuals and eight unsheltered individuals. Because the sheltered homeless population skews much younger than the general New York City population, an age-adjusted analysis indicates that there have been more deaths among sheltered homeless New Yorkers than would have been expected based on the overall city mortality rate.

In consultation with Charles Cleland, PhD, a biostatistician at NYU, Coalition for the Homeless has calculated the age-adjusted mortality rates among sheltered homeless New Yorkers. [1] As of August 4, the overall New York City mortality rate due to COVID-19 was 225 deaths per 100,000 people. For sheltered homeless New Yorkers, it was 376 deaths per 100,000 people – or 67 percent higher than the New York City rate. 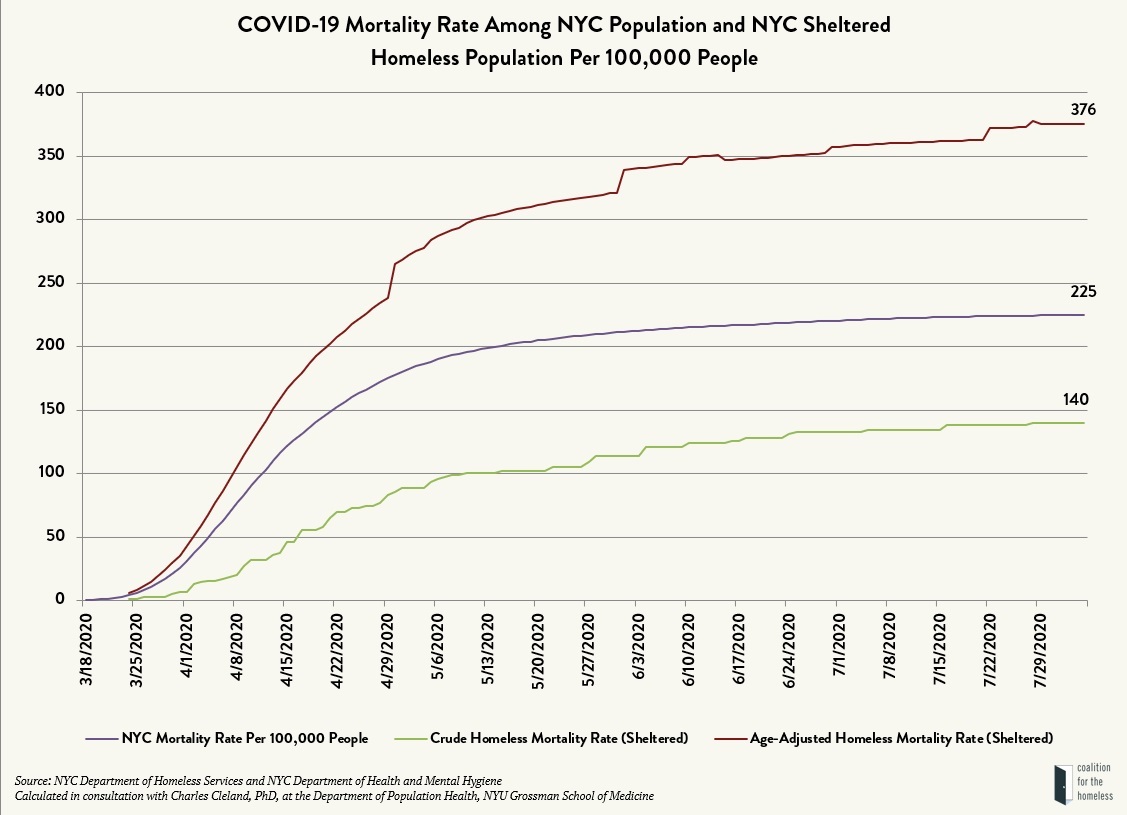 The type of shelter setting and prevalence of risk factors among homeless people affect their exposure to the novel coronavirus and vulnerability to COVID-19. The age-adjusted mortality rate for those staying in shelters varies by sub-population and is highest among those living in congregate shelters (most single adults) and those with higher rates of disability and risk factors (adult families and single adults). As of August 4, the age-adjusted mortality rate for families with children was 13 percent higher than the NYC general population at 256 per 100,000 people; the rate for adult families without minor children was 54 percent higher at 348 per 100,000 people, and the rate for single adults was an astonishing 80 percent higher at 405 per 100,000 people. Between May 18 and August 4, the mortality rate for all of NYC increased by 18 percent. For homeless single adults during the same time period, it increased by 44 percent. 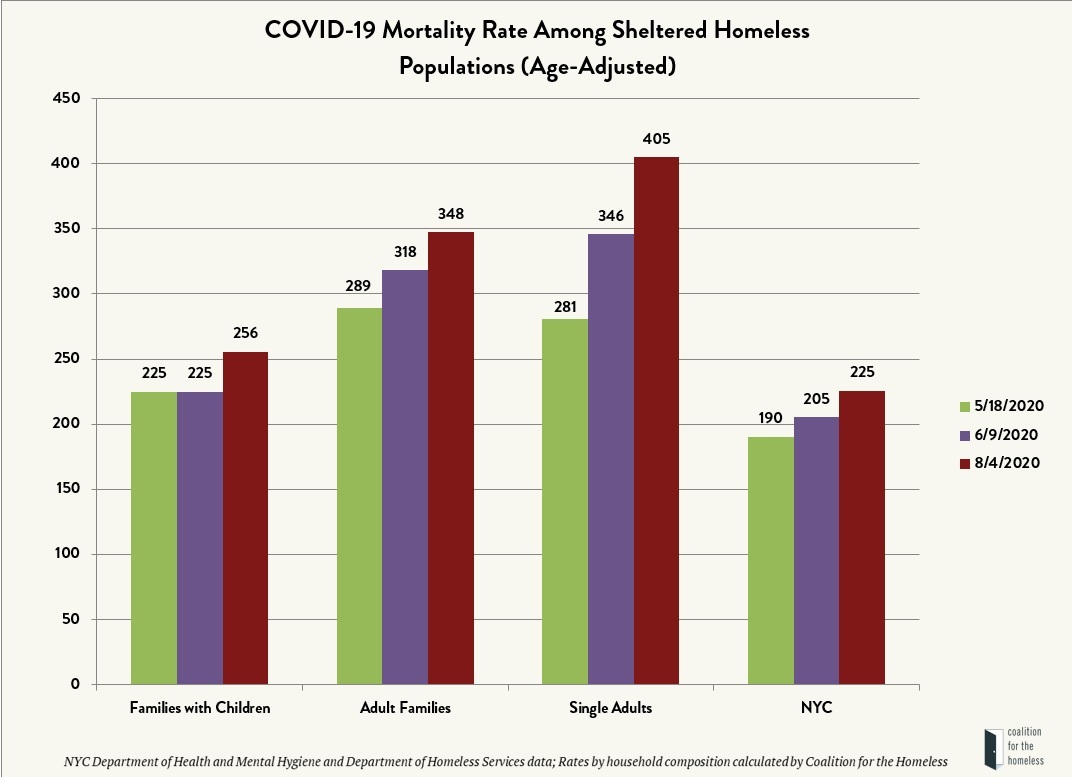 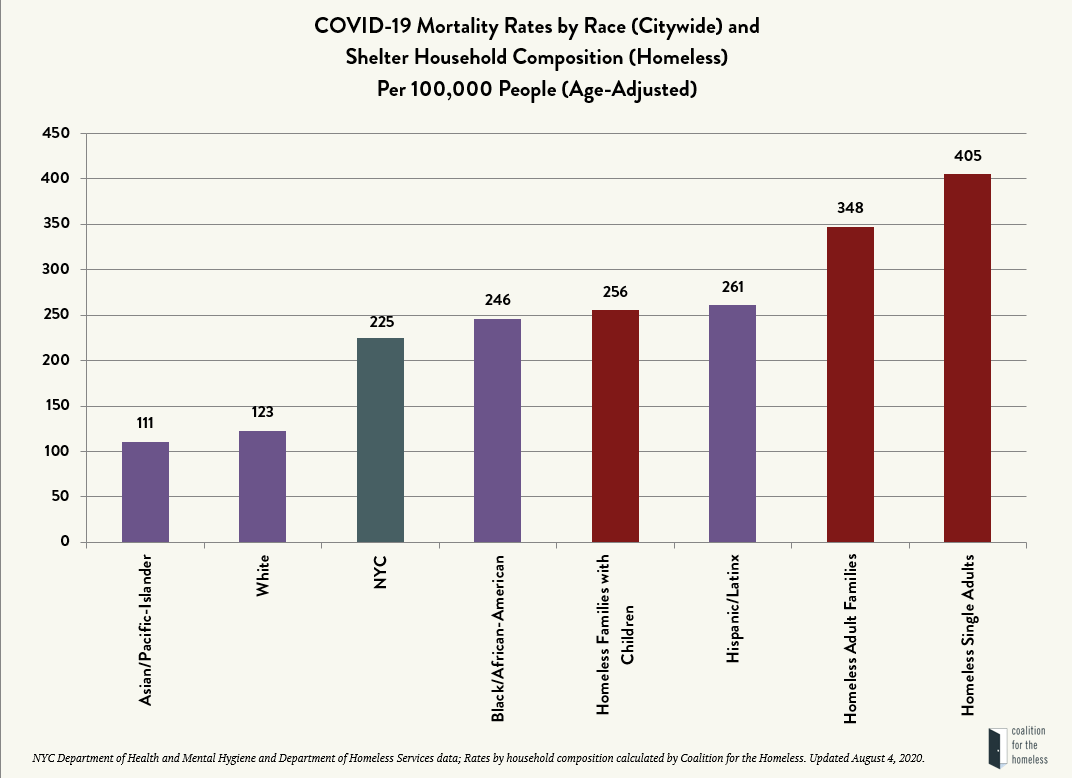 [1] Because age data are not available for unsheltered homeless New Yorkers, this calculation is not yet possible for that group.