Coalition for the Homeless Rallies for Supportive Housing

On Tuesday, Coalition staff and clients gathered in front of Governor Cuomo’s Manhattan office to urge him to keep his promise to homeless New Yorkers. The Coalition stood alongside other members of the Campaign 4 NY/NY Housing in calling on the Governor and State legislative leaders to immediately sign the full memorandum of understanding and release funds for the first 6,000 of the 20,000 units of lifesaving supportive housing the Governor promised in his State of the State address earlier this year. 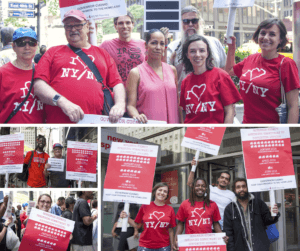 Faith leaders, clients and advocates expressed disappointment that Governor Cuomo, Assembly Speaker Heastie and Senate Majority Leader Flanagan allowed the legislative session to end on Friday without signing an MOU to release the full $1.9 billion that had been allocated for supportive and affordable housing in the State budget. As Assemblymember Andrew Hevesi explained to the crowd, the agreement reached last week only released $150 million to fund 1,200 units of supportive housing – a mere fraction of the 6,000 units that Gov. Cuomo had promised. The rest of the $1.9 billion that had already been set aside for housing is being held up unnecessarily, while record numbers of men, women and children languish in shelters and on the streets.

Although the legislative session has ended, the Coalition and the rest of the Campaign 4 NY/NY Housing will continue to push for the State leaders to follow through on their commitments and fully fund the supportive housing that homeless New Yorkers so desperately need. 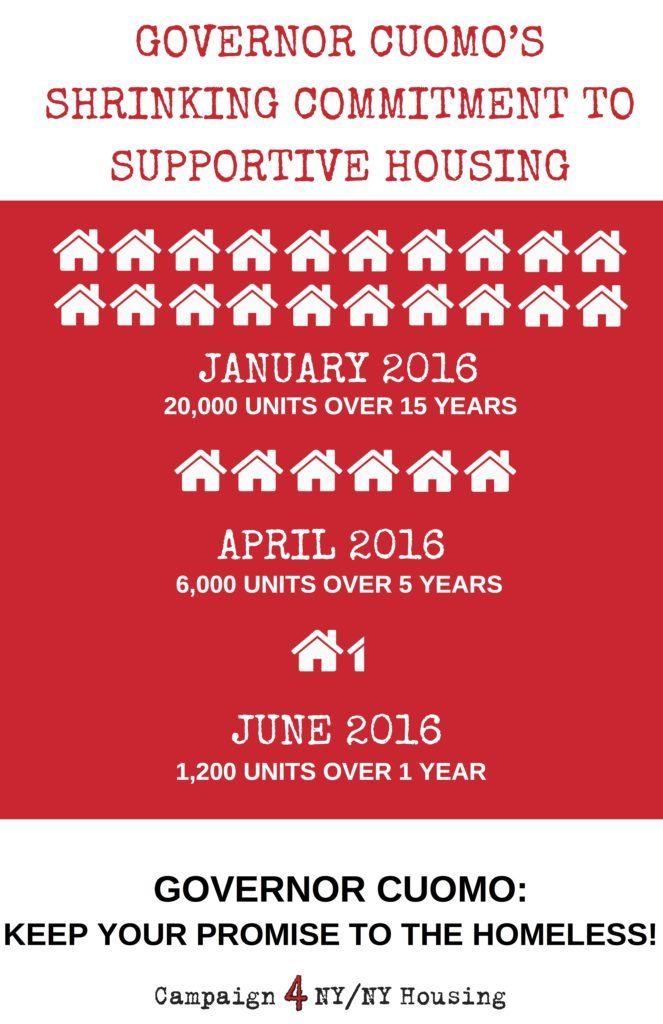