Data provided by the Department of Homeless Services show that in 2015, family shelter entrants originated mostly from a few areas of the City. The zip codes from which the largest number of families became homeless are in the South and Central Bronx, Brownsville, East New York and Bedford Stuyvesant. 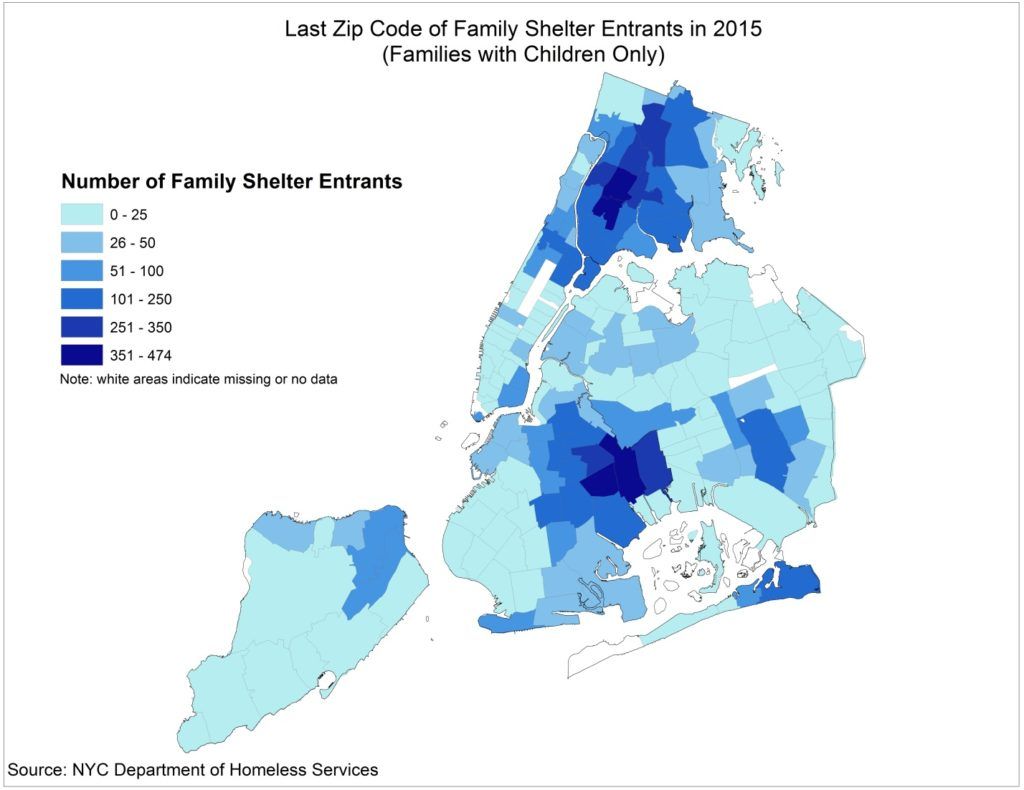 These trends do not differ widely from data collected over a decade ago, but continue to highlight the role of poverty and high rents in contributing to homelessness among families with children. Rents in New York City increased across the board between 2010 and 2014, with some neighborhoods (like the South Bronx and parts of Central Brooklyn) seeing increases upwards of 25 and 30 percent.[1] At the same time, incomes have remained stagnant in many of these same neighborhoods. 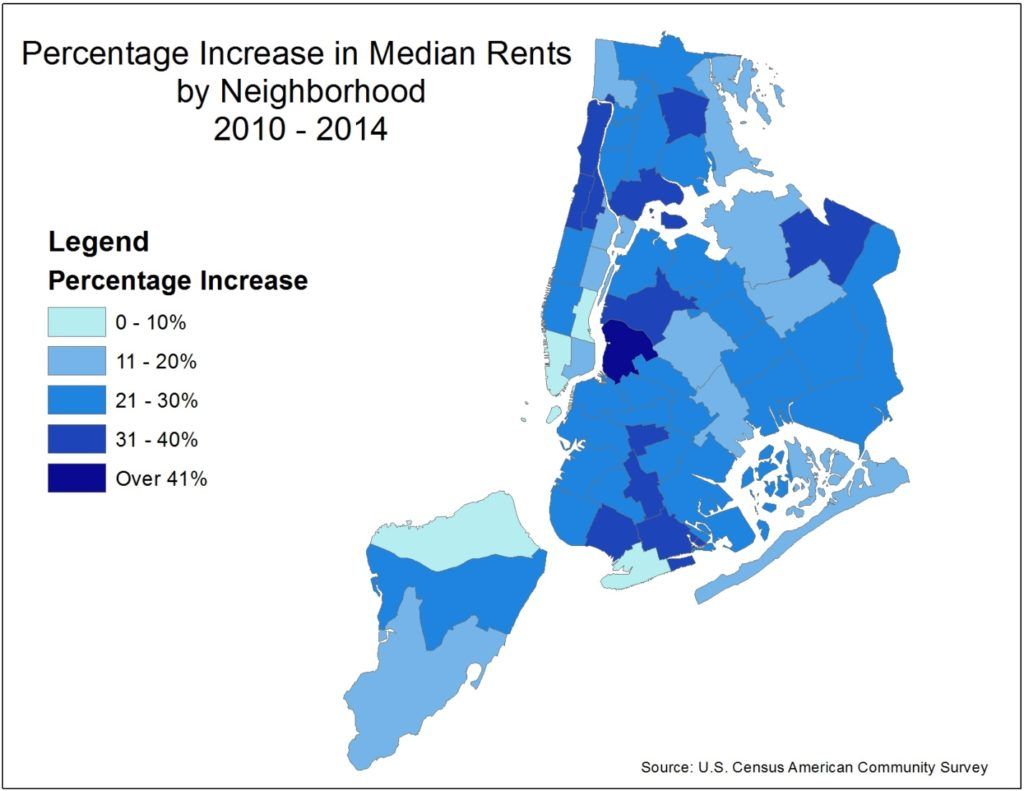 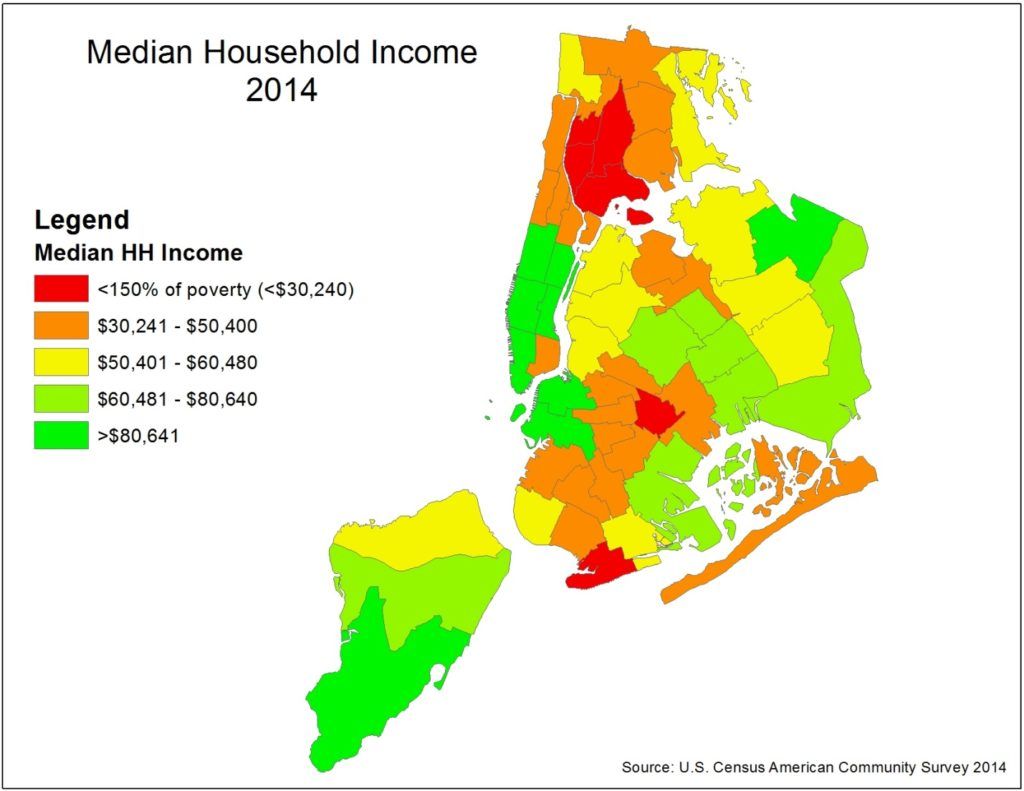 A full range of solutions, including allocating greater numbers of NYCHA public housing units, Section 8 vouchers, and HPD units to homeless families, as well as establishing a right to counsel are detailed in our 2016 State of the Homeless report.