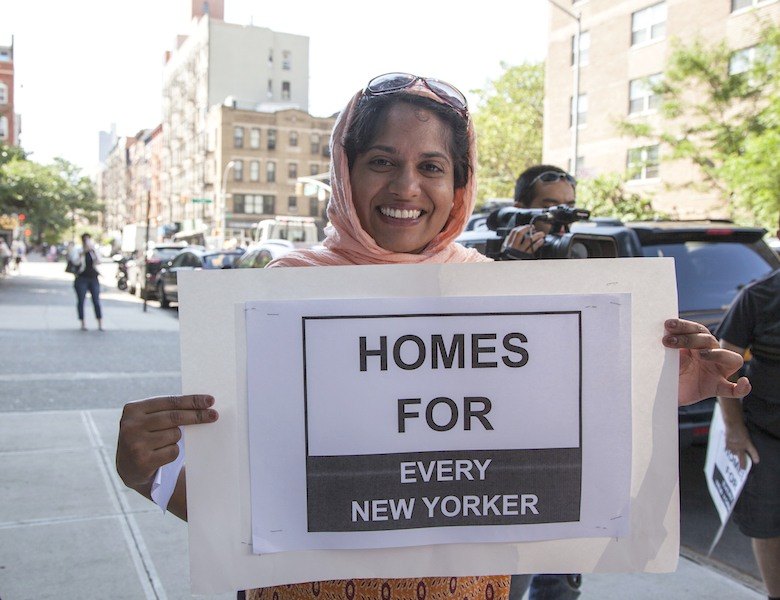 New York City is in the midst of the worst homelessness crisis since the Great Depression, with nearly 63,000 people – including 22,000 children – sleeping in shelters each night. In order to substantially reduce homelessness in New York, the City must fund a greater number of deeply subsidized affordable housing units targeted specifically to families and individuals in shelters.

The Housing New York 2.0 plan commits to creating or preserving a historic 300,000 units of affordable housing. Unfortunately, just 15,000 of those units will be made available for homeless households – a paltry 5 percent. Furthermore, only about 6,000 of these units will be newly constructed and thereby available to homeless families and individuals upon completion. In contrast, at a time when the shelter census was only a fraction of what it is today, Mayor Ed Koch created nearly 15,700 units of homeless housing – constituting more than 10 percent of the units in his 10-year plan. Nearly all of these units were immediately available for occupancy by homeless families in shelters, contributing to the significant decreases in homelessness during this time period.

Mayor de Blasio, in order for you to align your housing plan with the reality of record homelessness and your own admirable progressive values, we urge you to immediately direct your housing development agencies to increase the total number of housing units for homeless households to 30,000, with 24,000 of these units created through new construction. These goals are imperative in order to meet the unprecedented need for permanent housing available for occupancy by homeless families and individuals in shelters.

This plan will require the City to build roughly 2,500 new units of homeless housing each year between now and 2026. This level of production is ambitious but feasible given the progress that has been made so far: New construction is already ahead of pace, City investment has increased to $1.3 billion per year to meet the revised goals, and term sheets specifying requirements for capital subsidies have been revised to increase incentives for units serving homeless people. Given these building blocks, homeless housing production on the scale we recommend is achievable. More importantly, it is absolutely necessary to produce a meaningful and historic reduction in modern mass homelessness. By following our recommendations, you can undoubtedly cement your legacy as a leader in progressive values and evidence-based responses to challenging social problems.