Newly released data, published pursuant to Local Law 37, show that homelessness in New York City is setting new, tragic records: The average number of people sleeping each night in the City’s main shelter systems – a figure that has been tracked by the Coalition for the Homeless since 1983 – hit a new all-time high of 65,633 in October. The number includes homeless families and single adults sleeping in shelters under the Department of Homeless Services and the Department of Housing Preservation and Development. 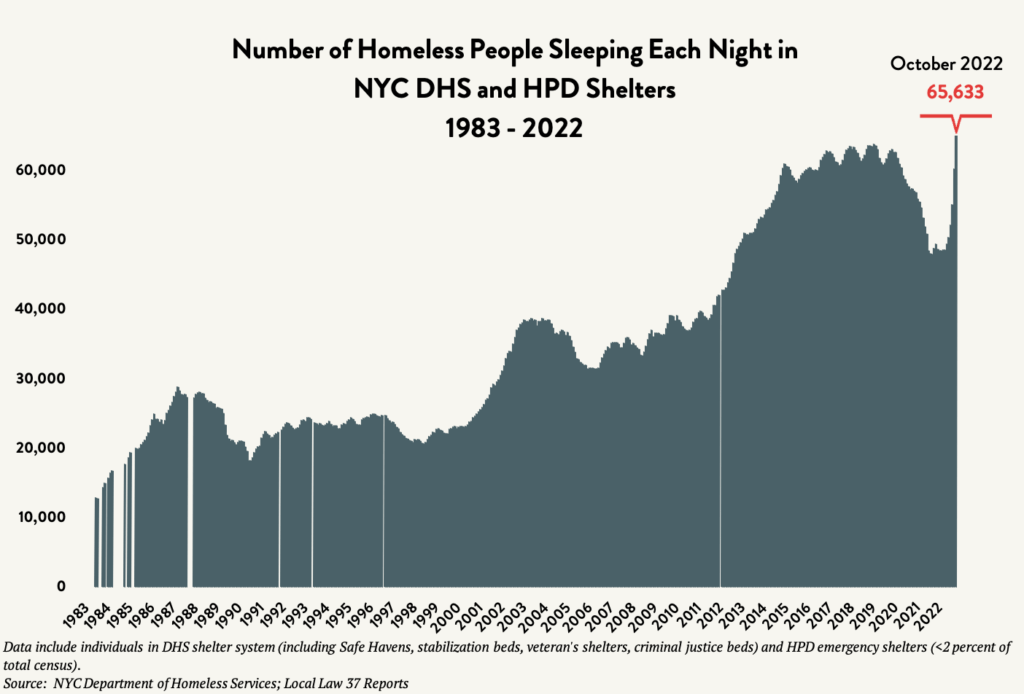 The true cause of this sad milestone is the City’s failure to create affordable housing for those who need it most, compounded by needless bureaucratic delays that prevent many shelter residents from accessing the precious little housing that does exist.

“While Mayor Adams has focused on sweeping unsheltered homeless people out of sight, he has failed to give those without homes the stable housing they need. This crisis is driven by one thing, pure and simple: the lack of affordable housing in New York City. The Mayor’s ‘moonshot goal’ of creating 500,000 units of housing over the next 10 years is a nice soundbite, but we anxiously await the details of how those units will be targeted to those most in need. Tens of thousands of homeless New Yorkers need housing right now.

If Mayor Adams is serious about bringing down the shelter census and reducing homelessness in our city, he will commit to financing at least 6,000 apartments per year for homeless households and 6,000 for those with extremely low incomes. It’s time to end this shameful crisis once and for all,” said Jacquelyn Simone, Policy Director with the Coalition for the Homeless.