As New York Grapples with the Threat of Coronavirus, Report Urges Governor to Include Home Stability Support (HSS) in State Budget to Help Most Vulnerable New Yorkers

NEW YORK, NY — The Coalition for the Homeless released its State of the Homeless 2020 report today, providing a comprehensive look at homelessness in New York City. The report comes amidst the threat of novel coronavirus, which exposes the vulnerability of living without the security and privacy of a home: The report cites the disproportionately high rates of disability as well as physical and mental health issues among homeless New Yorkers, and further notes the growing number of homeless individuals over the age of 65.

State of the Homeless 2020 analyzes the institutional forces that drive record homelessness, highlights the plight of those sleeping unsheltered on the streets and in the subways, and illustrates how the City’s bureaucratic shelter application process for homeless families may actually conceal the true scope of family homelessness in New York. The report notes that homelessness is unequivocally an issue of racial justice by highlighting enormous disparities between the rates of homelessness among Black, Hispanic, and White New Yorkers.

The number of single adults sleeping each night in New York City Department of Homeless Services (DHS) shelters increased by a staggering 143 percent, from 7,700 in December 2009 to 18,700 in December 2019. Releases from State prisons directly to DHS shelters are partly to blame for the growth in single adult homelessness: In 2018, more than 3,400 individuals were released from State prisons directly to shelters in New York City. Between 2015 and 2018, more than 15,000 such individuals were sent to City shelters by the State.

While the number of families sleeping each night in DHS shelters has levelled off in the past three years, that figure remains stubbornly high: In December 2019, 14,792 families slept in shelters each night. Shockingly, 1 in every 100 babies born in New York City last year was brought “home” from the hospital to a shelter.

As in past years, State of the Homeless includes a “report card” that grades the State and City on their respective efforts to prevent homelessness, provide housing vouchers, produce affordable and supportive housing, and meet the needs of homeless individuals and families sleeping in shelters or staying on the streets and subways. The report evaluates these and other key policy areas that impact homeless New Yorkers. 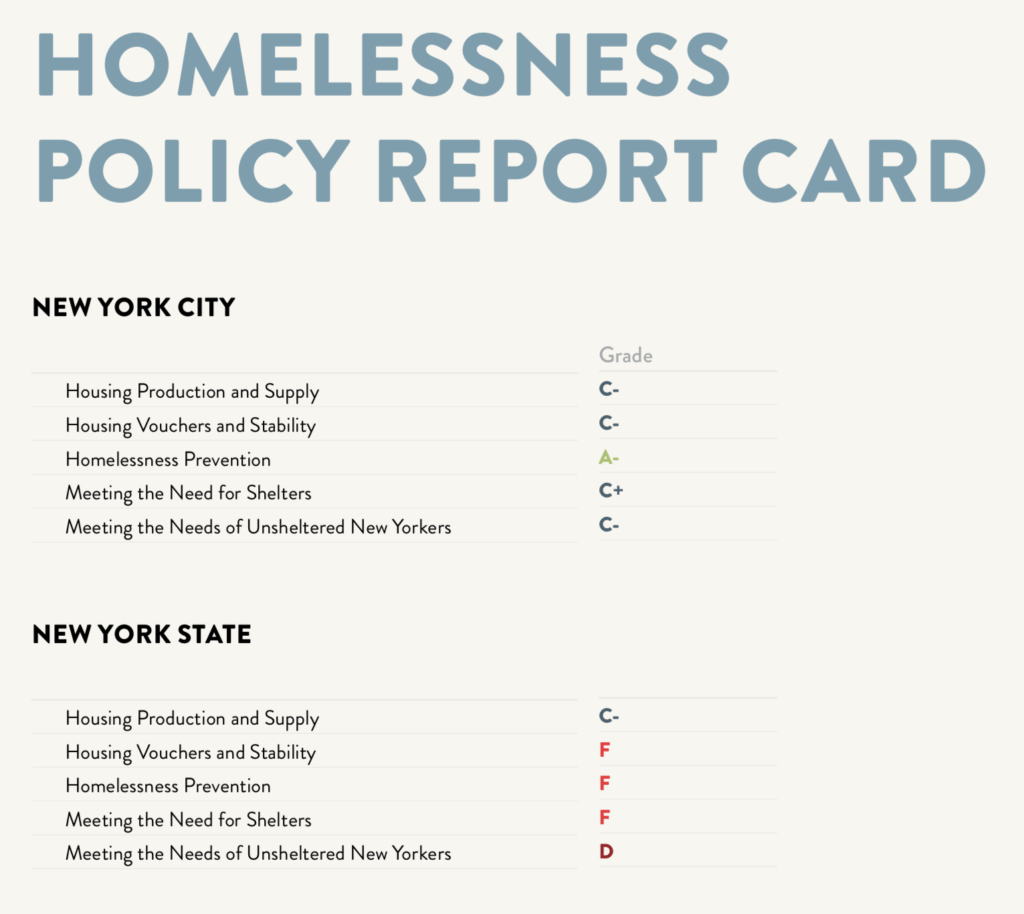 “New York City’s homelessness crisis will not improve until Governor Cuomo and Mayor de Blasio treat homelessness like the urgent humanitarian crisis it is and acknowledge that it is fueled by the massive lack of affordable housing. Homelessness is not an issue that can be pushed into the shadows as we have seen through the wrongful criminalization of unsheltered individuals, nor is it a crisis that can be managed by implementing bureaucratic deterrents at the front door of the shelter system. State of the Homeless 2020 shows that Governor Cuomo is failing at addressing homelessness, most disturbingly by allowing thousands of individuals to be released from hospitals, jails, and nursing homes directly to shelters. The proven, humane, and fiscally sound housing solutions to mass homelessness, like Home Stability Support (HSS), that are outlined in this report should be top priorities for both Governor Cuomo and Mayor de Blasio. Only then can we fundamentally change things for the better,” said Giselle Routhier, Policy Director for the Coalition for the Homeless. 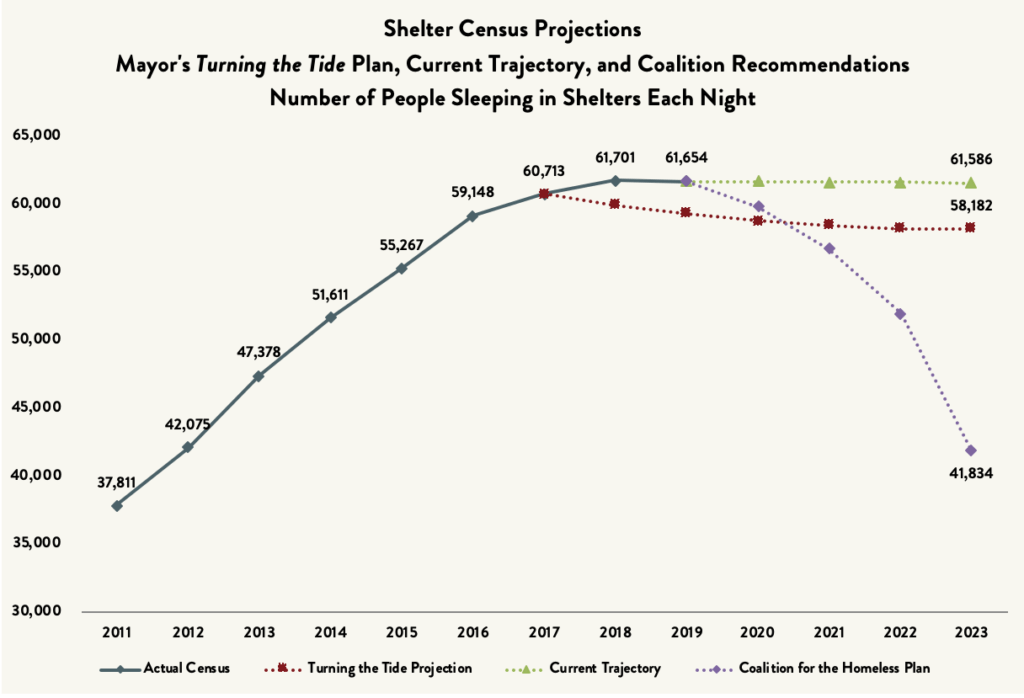 State of the Homeless 2020 outlines key steps the City and State can take immediately to increase housing options for homeless New Yorkers and improve shelter conditions and processes, which will in turn dramatically reduce homelessness.