Home  State of the Homeless 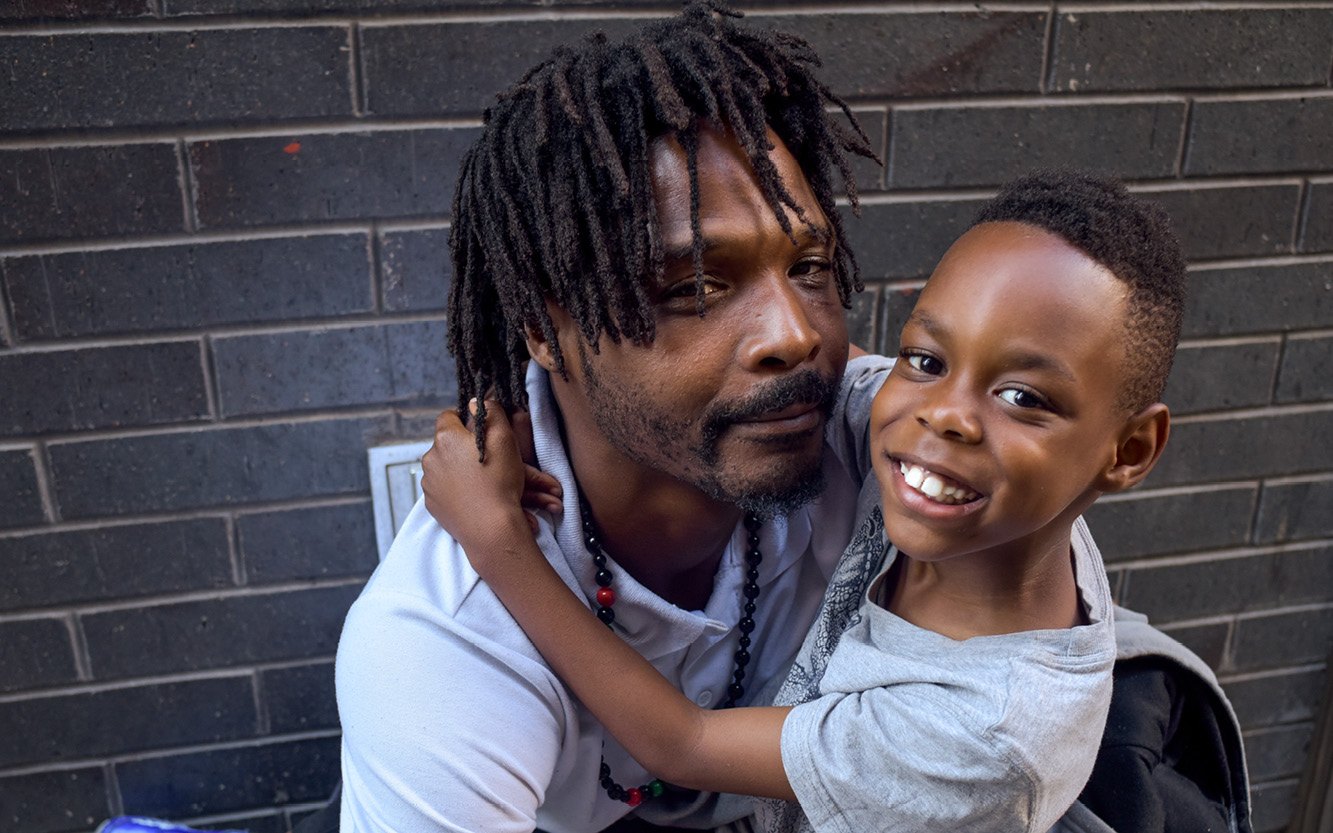 Housing is Health Care, a Lesson for the Ages

The Coalition for the Homeless’ State of the Homeless 2021 report, Housing is Health Care, A Lesson for the Ages, provides a comprehensive look at homelessness in New York City during a year of crisis that has forever changed the landscape of our city. The report comes 40 years after the right to shelter was first established in New York City with the signing of the Callahan Consent Decree in 1981.

In February 2021, the number of single adults sleeping each night in New York City Department of Homeless Services (DHS) shelters reached a new all-time high of 20,822. The report shows that homeless single adults frequently cycle between shelters, the streets, hospitals, nursing homes, unstable housing, and jails and prisons, exposing the feeble – often nonexistent – safety net for low-income people, particularly those living with disabilities. Meanwhile, the number of babies born to parents sleeping in shelters reached 1,399 – the highest on record since at least 2015.

The need for the dignity and safety of a home has never been more strikingly obvious than it has over the past year. State of the Homeless 2021 analyzes how the COVID-19 pandemic laid bare profound health and economic disparities in New York City and has taken a devastating toll on people of color and those who lack stable housing. The report highlights the impact of the pandemic on homeless individuals and families who lack safe and private places in which to practice preventive measures like social distancing and frequent handwashing while a deadly, airborne virus continues to spread across the city.

State of the Homeless includes a “report card” that grades the State and City on their respective efforts to prevent homelessness, provide housing vouchers, produce affordable and supportive housing, and meet the needs of homeless individuals and families sleeping in shelters or staying on the streets and subways. This year’s report also includes grades for the City and State on their responses to the COVID-19 pandemic.

“This pandemic has established with unequivocal clarity that housing is health care. Thousands of individuals sleeping in congregate shelters were left exposed to the virus by the City’s slow response to the crisis, placing lives at risk. Unsheltered New Yorkers, likewise, faced an abrupt end to many services and resources they had come to rely on for survival, exacerbated by the kneejerk implementation of aggressive and deeply counterproductive policing tactics advanced by Governor Cuomo and Mayor de Blasio. The past year was unprecedented in so many ways, but the coming year could see a new and shocking increase in homelessness if our elected leaders do not take urgent and large-scale action to keep low-income New Yorkers from being evicted into homelessness, and to help the tens of thousands of currently homeless individuals and families move into the safety and dignity of permanent homes,” said Giselle Routhier, Policy Director at Coalition for the Homeless.

State of the Homeless 2021 outlines key steps the City and State can take immediately that match the scale and urgency of the crisis, including:

STATE OF THE HOMELESS ARCHIVE 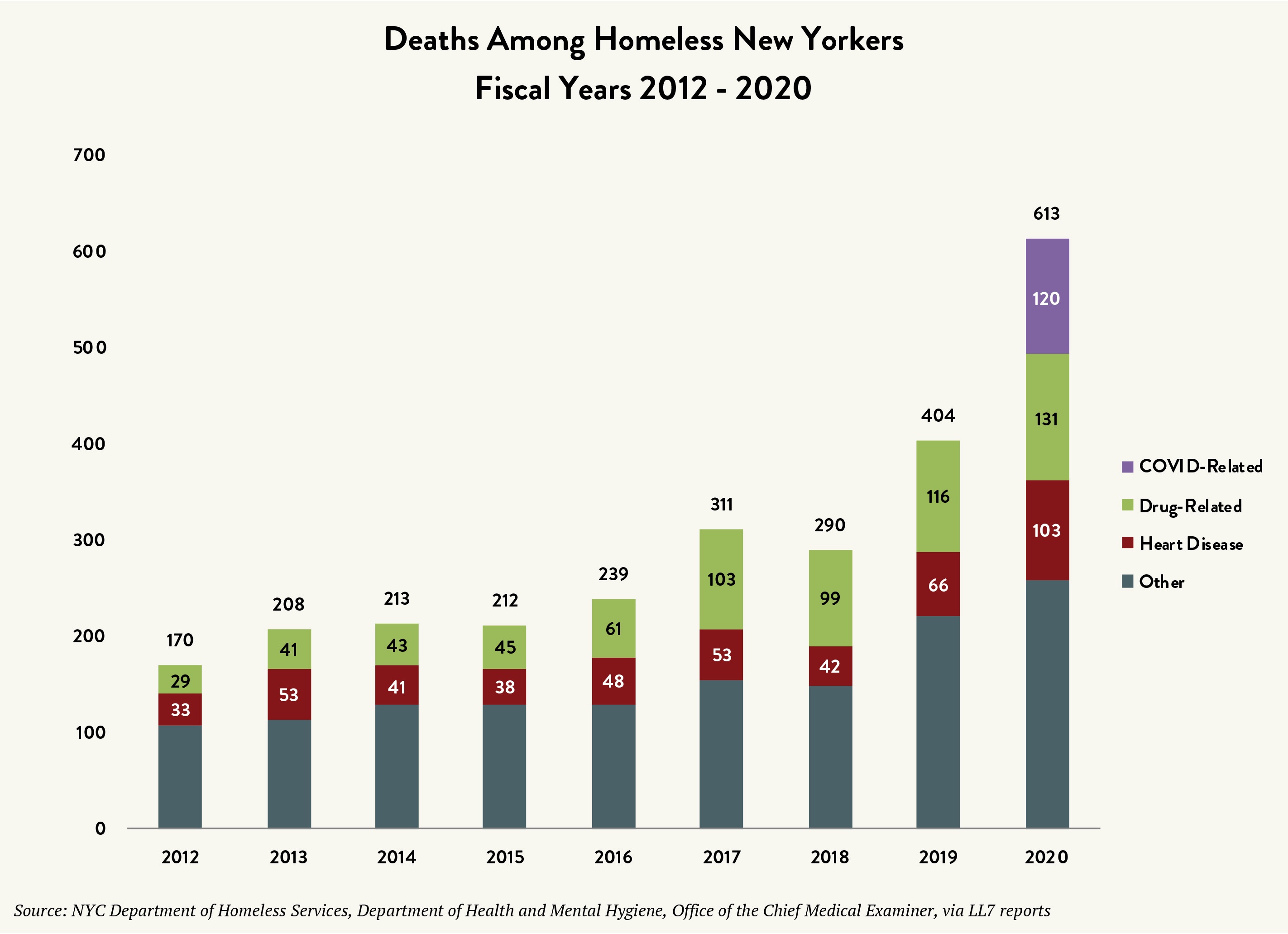 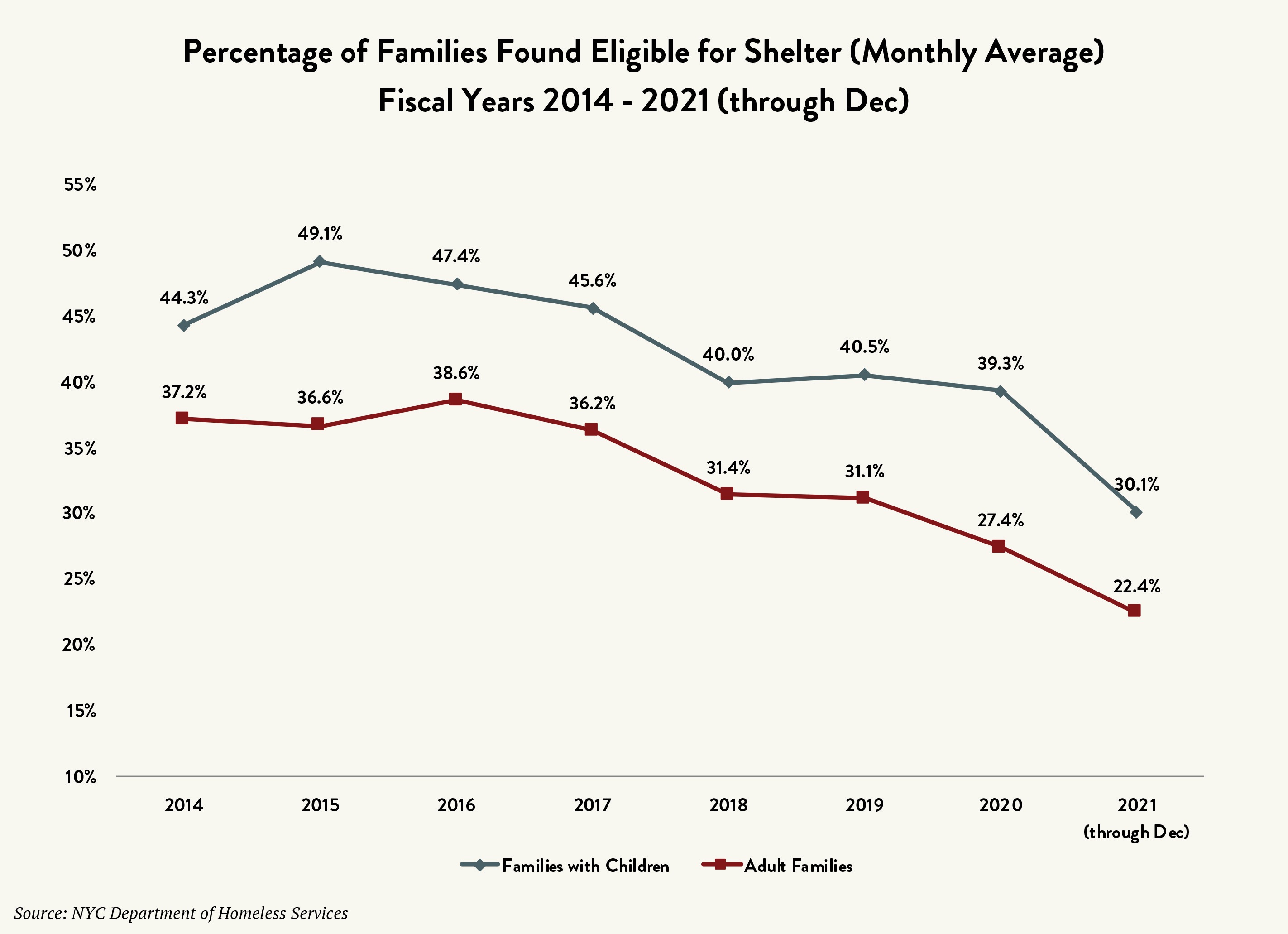 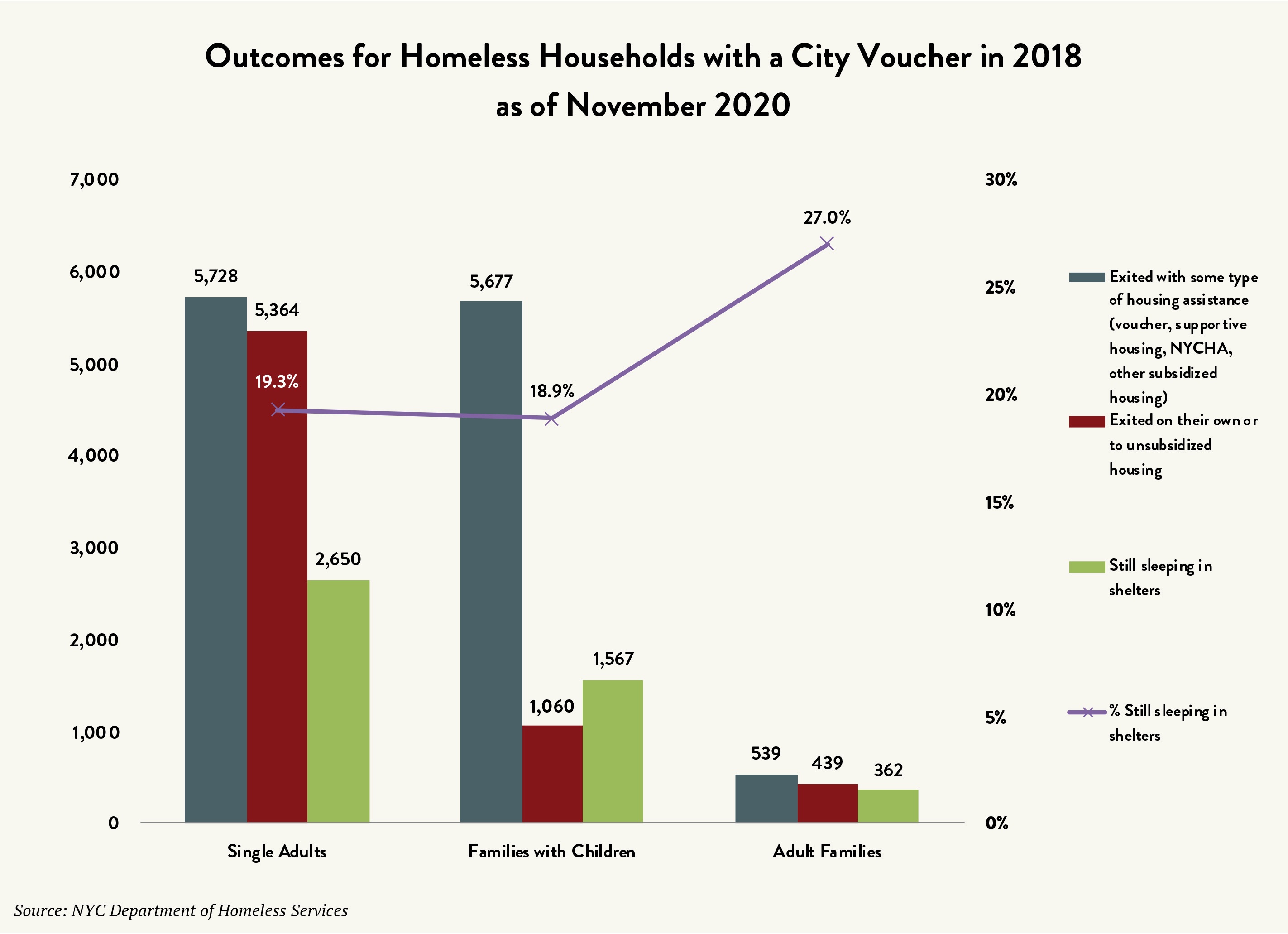 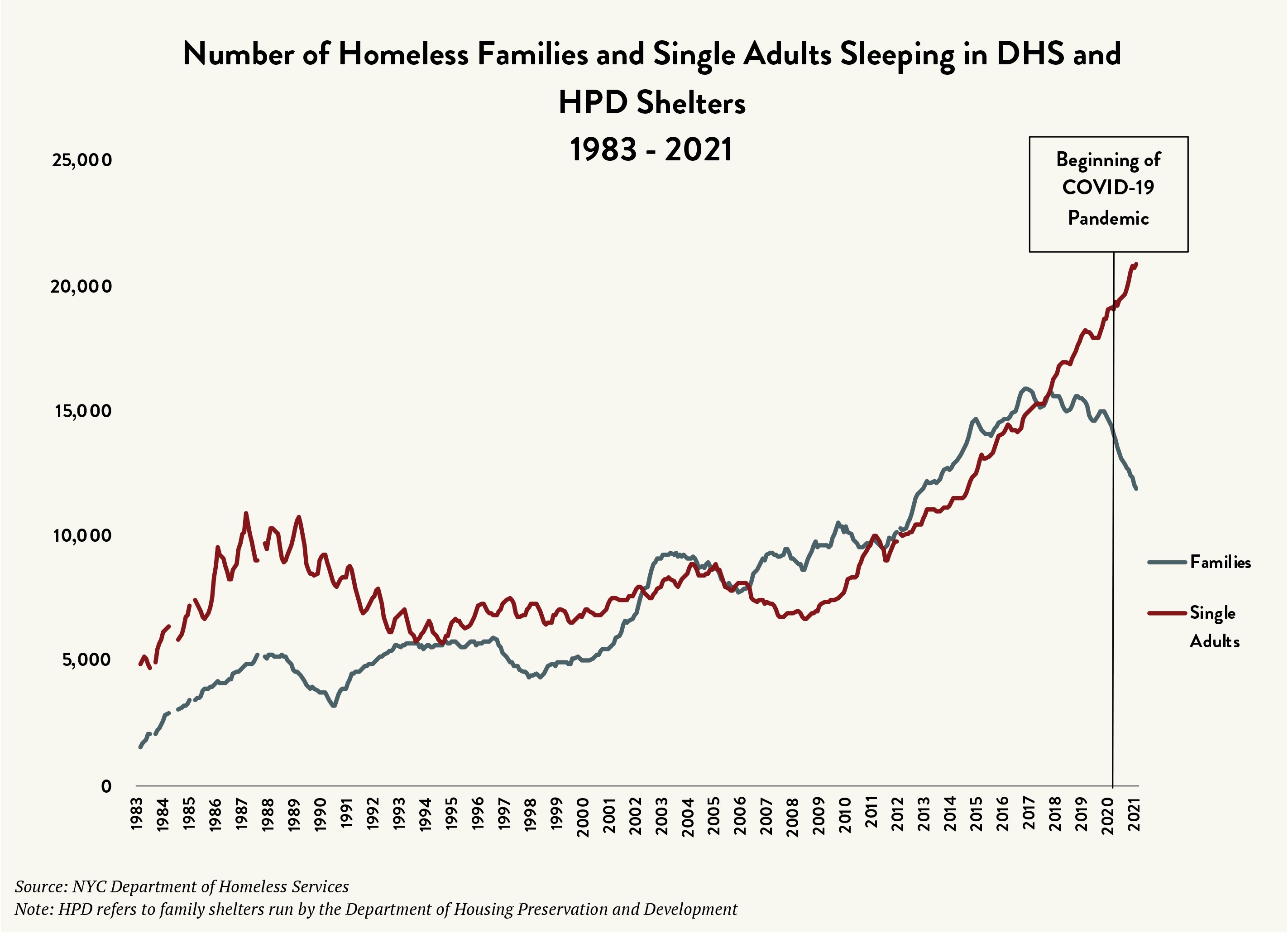 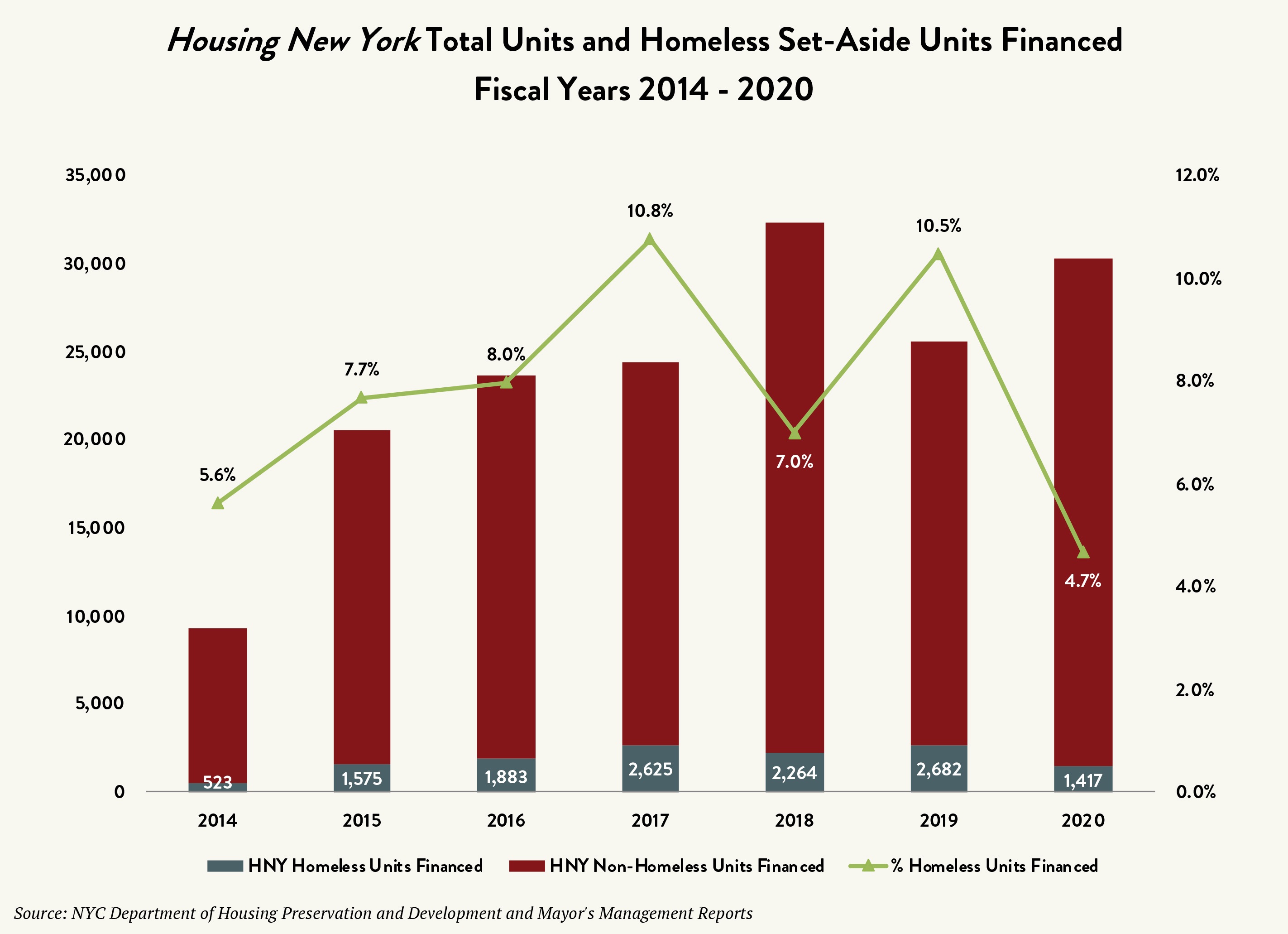 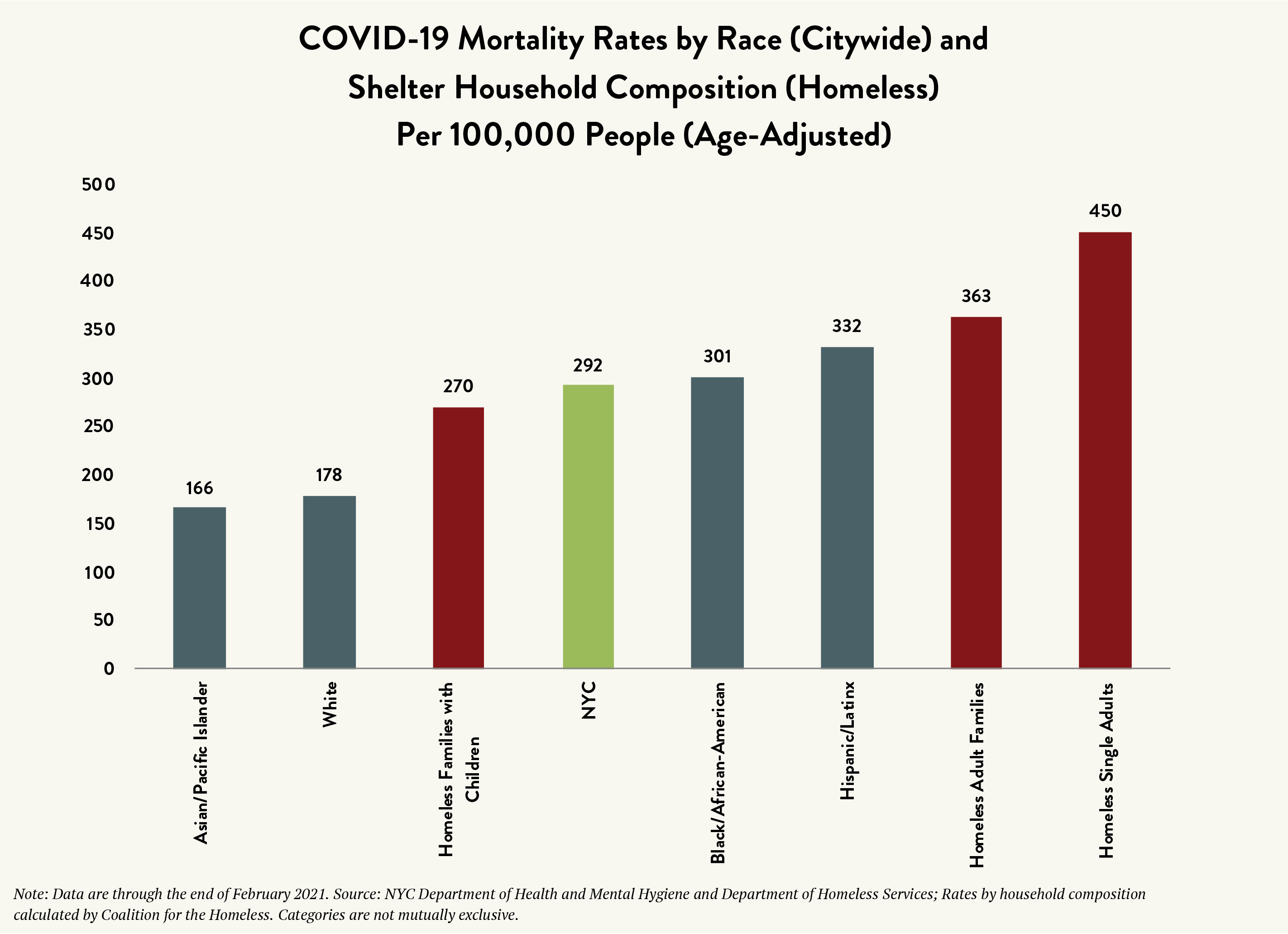 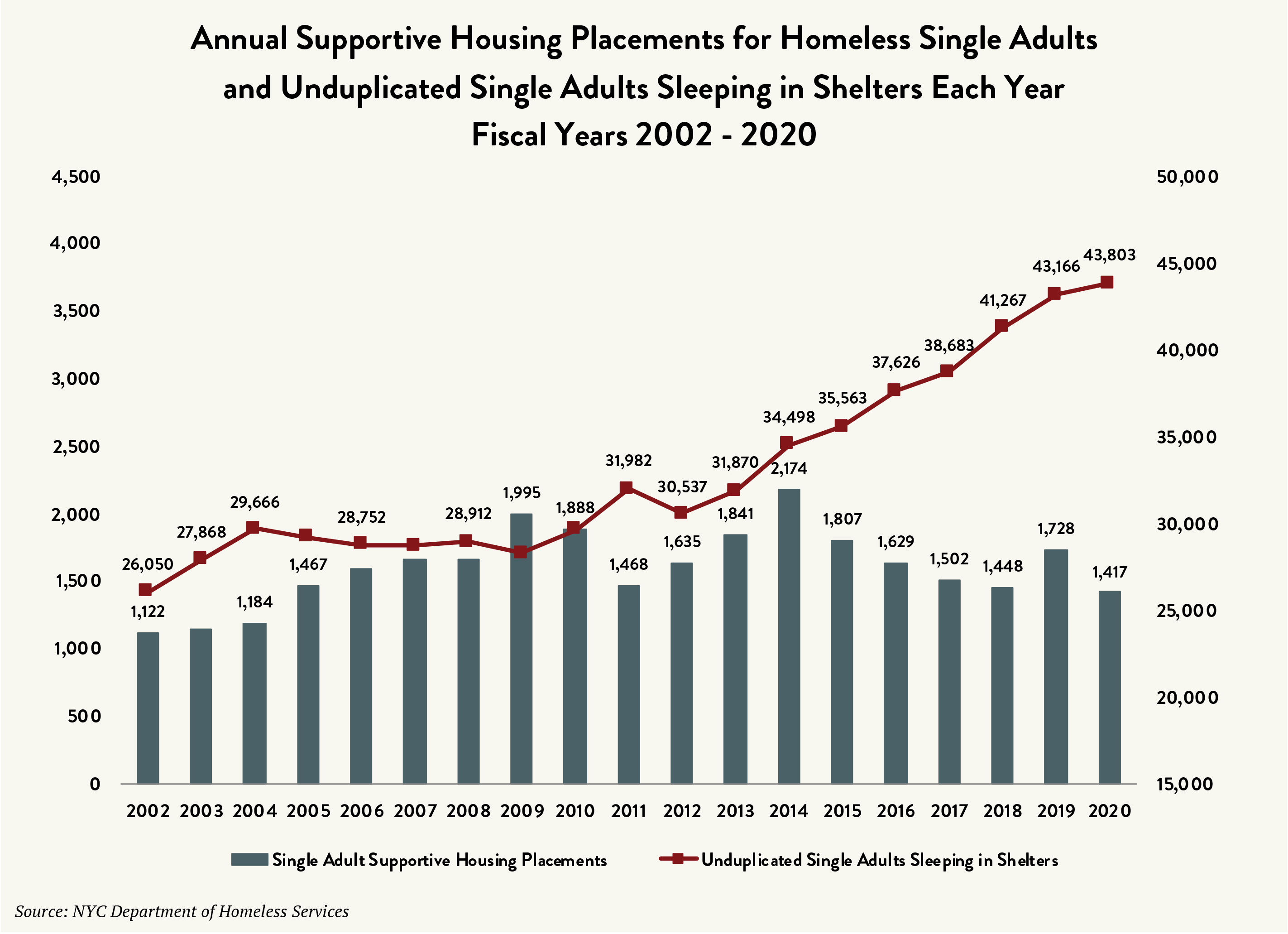 STATE OF THE HOMELESS ARCHIVE