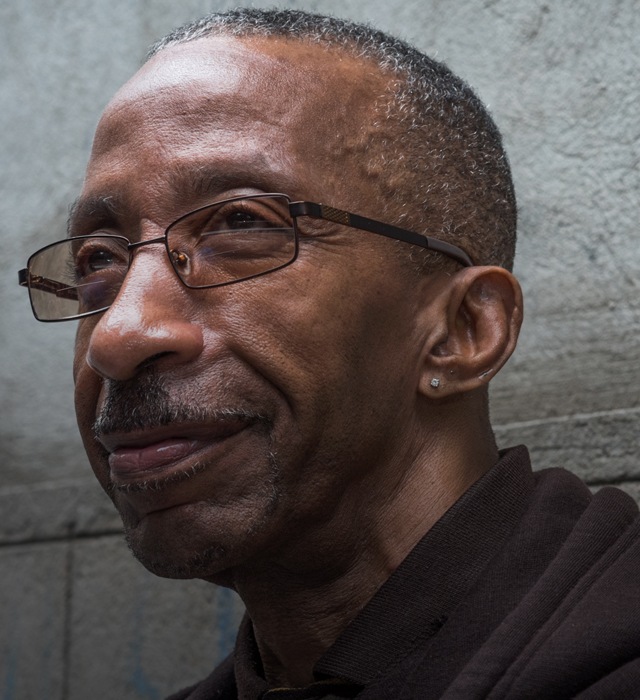 Apr. 30, 2019 (NEW YORK, NY) — The Coalition for the Homeless released its State of the Homeless 2019 report today, providing a comprehensive look at homelessness in New York City. The report finds that policy failures by the City and State have exacerbated the decades-long homelessness crisis stemming from New York’s severe lack of affordable housing. In January 2019, an all-time record 63,839 men, women, and children slept in New York City shelters each night.

In 2017, Mayor de Blasio’s Turning the Tide on Homelessness plan projected a decrease in the shelter census of just 2,500 people by 2022. In contrast, State of the Homeless 2019 shows that the shelter census is on track to increase by 5,000 people by 2022 unless the Mayor immediately changes course and increases the number of apartments set aside for homeless New Yorkers through his Housing New York 2.0 plan. To achieve a meaningful decrease in the shelter census, the Mayor must implement the House Our Future NY Campaign’s recommendation to build 24,000 new apartments – and preserve at least 6,000 more – for homeless families and individuals.

As in past years, State of the Homeless includes a “report card” that grades the City and State on their respective efforts to prevent homelessness, improve shelters, and create permanent, long-term solutions to the crisis. The report evaluates these and other key policy areas that impact homeless New Yorkers.

The report card gives Mayor de Blasio a failing grade on his efforts to create sufficient housing for homeless New Yorkers and Governor Cuomo multiple failing grades on housing vouchers, homelessness prevention, and systematic cost-shifting practices that unduly burden the City. To assist the Mayor and Governor in raising their grades, the State of the Homeless 2019 outlines tools the City and State have at their disposal to reduce the number of homeless families and individuals, while also improving conditions in shelters.

“New York City’s homelessness crisis will not improve until the Mayor uses every tool at his disposal. That means devoting at least 30,000 apartments in his Housing New York 2.0 affordable housing plan for homeless New Yorkers, with at least 24,000 of those apartments to be created through new construction. With this simple change, the City can provide thousands of homeless men, women, and children with safe, clean, and stable homes,” said Giselle Routhier, policy director for the Coalition for the Homeless.

The State of the Homeless 2019 “report card” grades the City and State on their efforts to end the homelessness epidemic as follows: 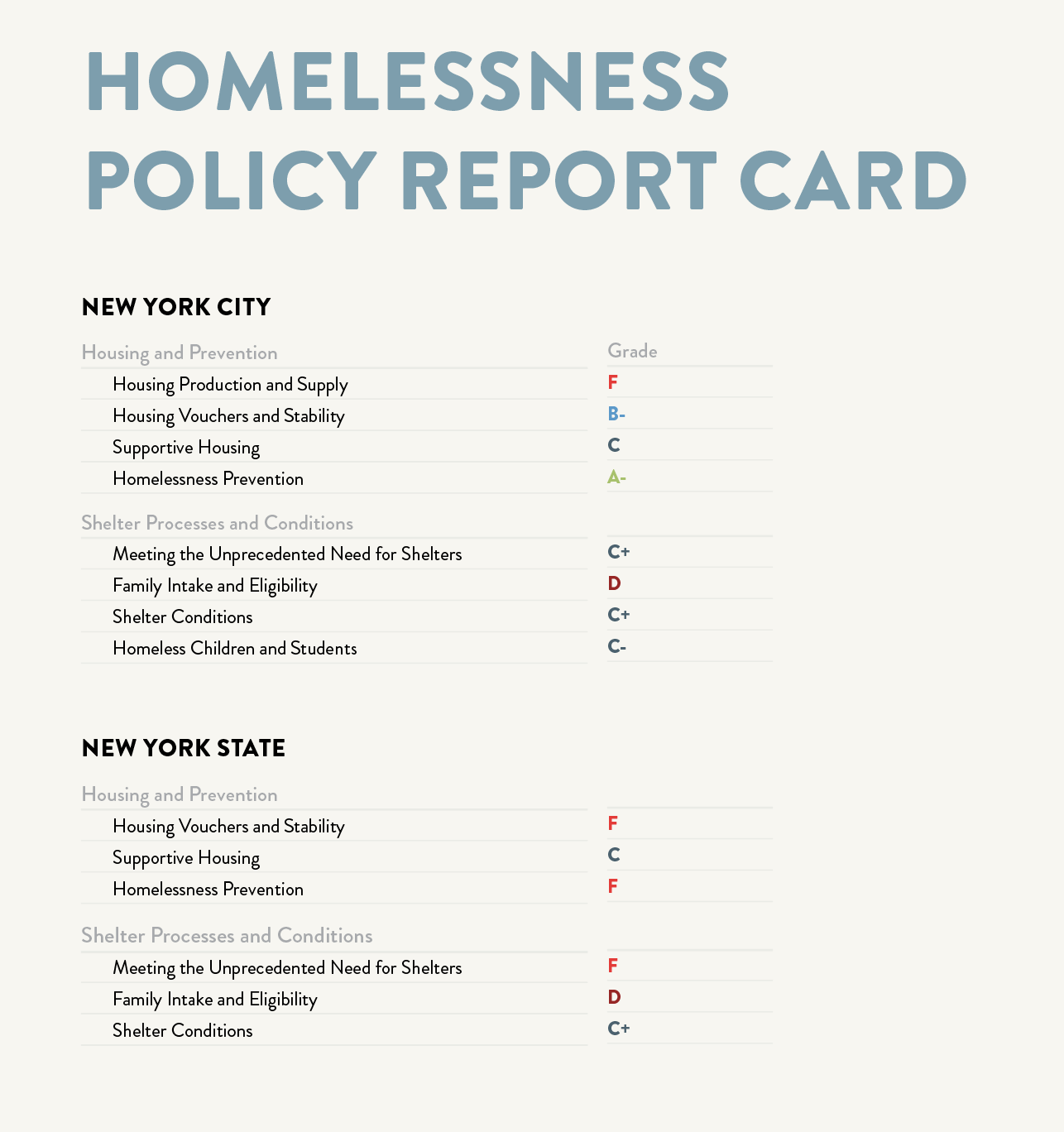 Key State of the Homeless Findings:

State of the Homeless 2019 outlines key steps the City and State can take immediately to increase housing options for homeless New Yorkers and improve shelter conditions and processes, which will in turn dramatically reduce homelessness.

The Mayor and Governor together should:

The City and State must also improve shelter conditions and processes in order to reduce the trauma of homelessness for families, children, and single adults; develop short- and long-term residential supports to address the needs of individuals with medical conditions released from hospitals and other institutions who cannot be accommodated within the shelter system; and reduce overall disruption for homeless children and students.

CBS 2 News: A Look Inside The NYC Homeless Report Card

EastNewYork.com: Is NYC Affordable Housing Plan A Scam? As Increased Shelters And Homelessness Increase Under De Blasio And Cuomo

AM New York: In NYC, Still No Homes for Tens of Thousands 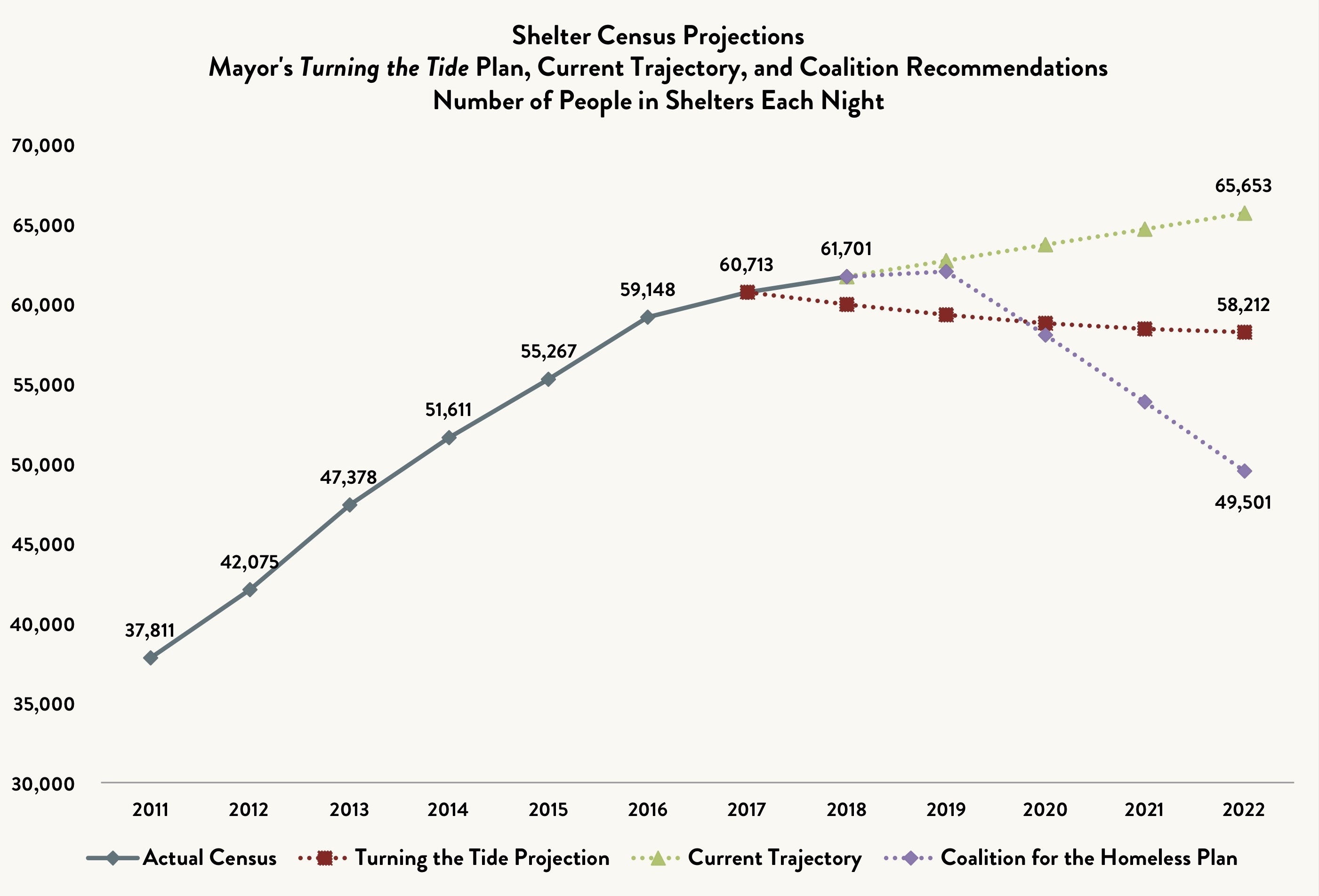 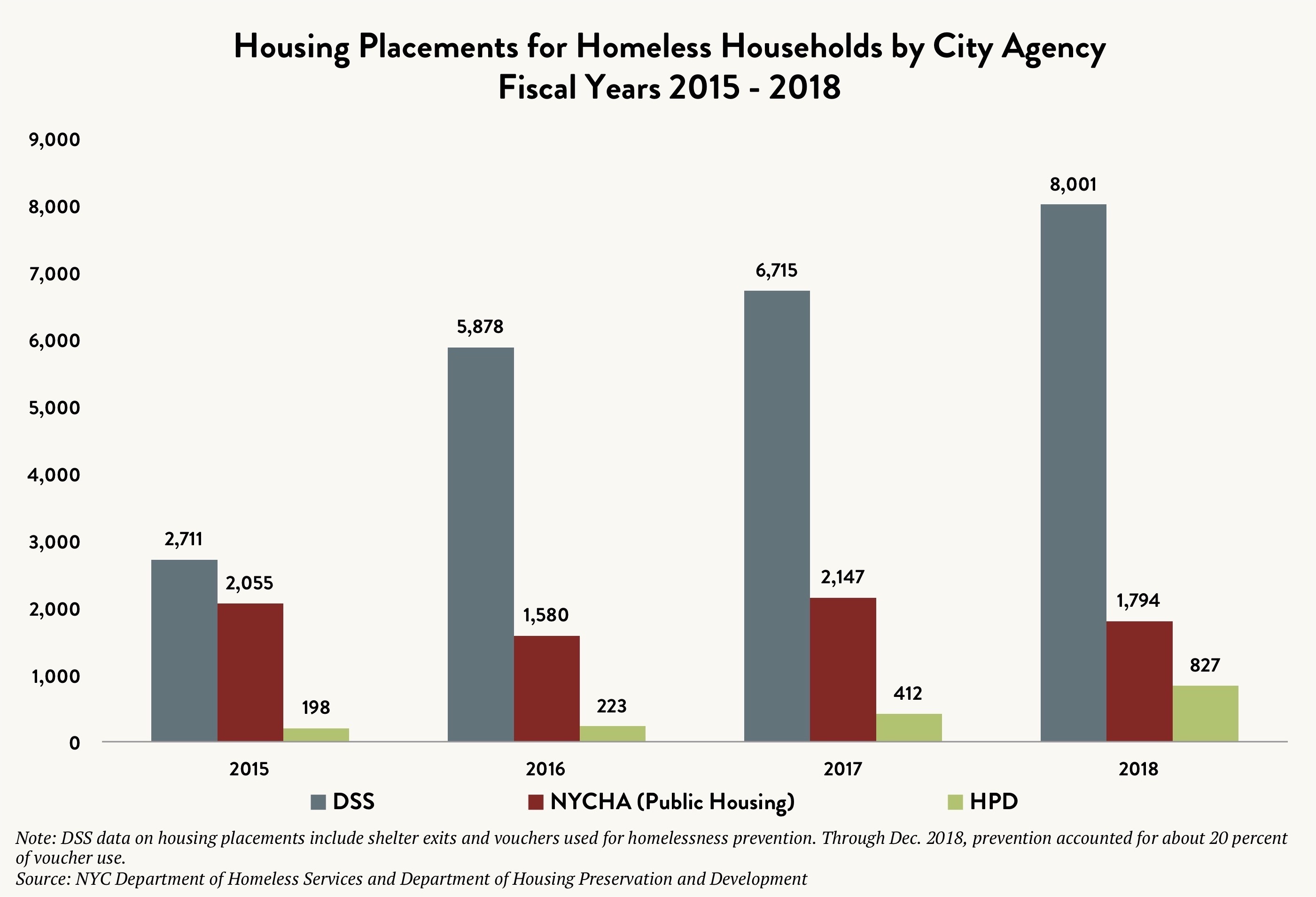 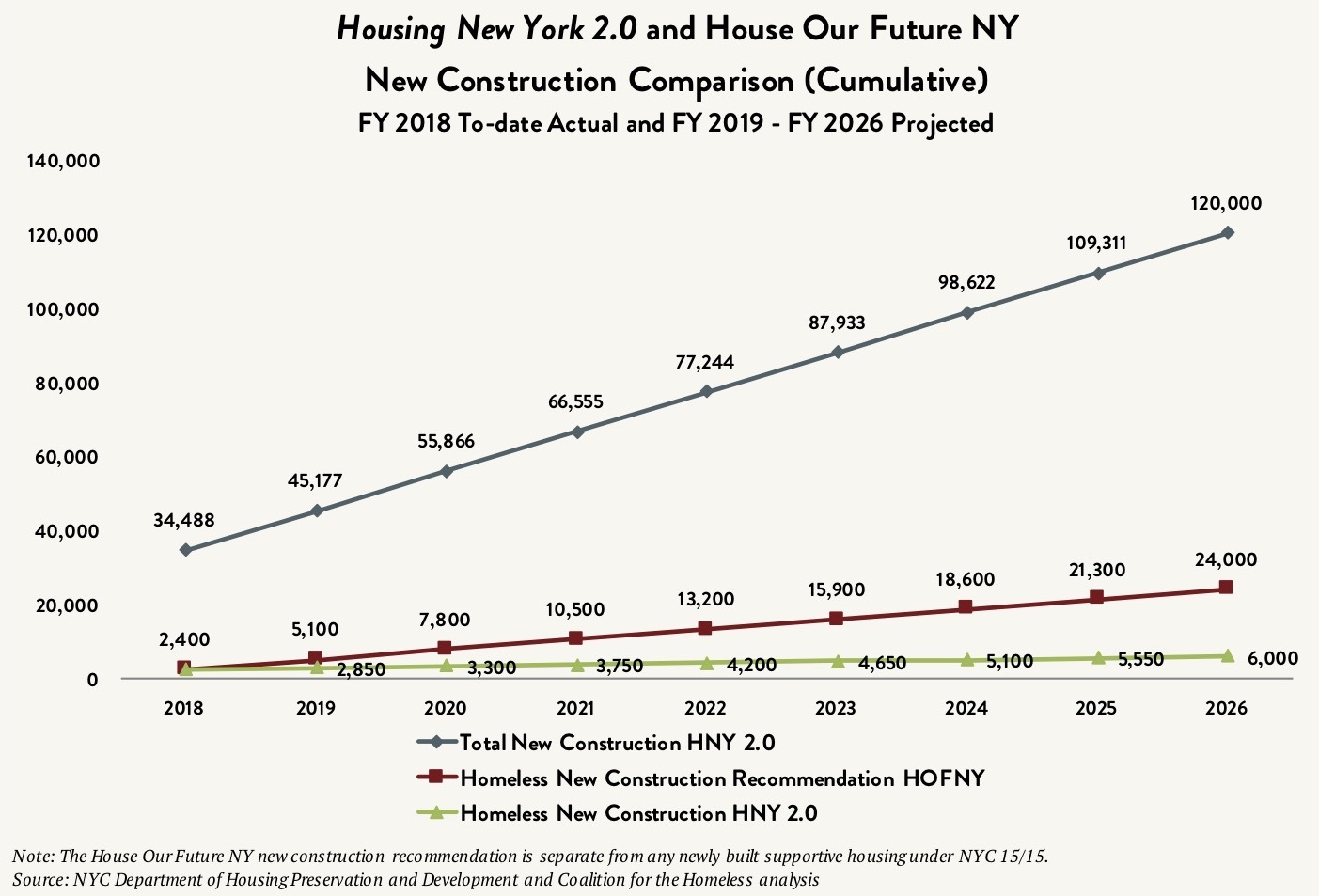 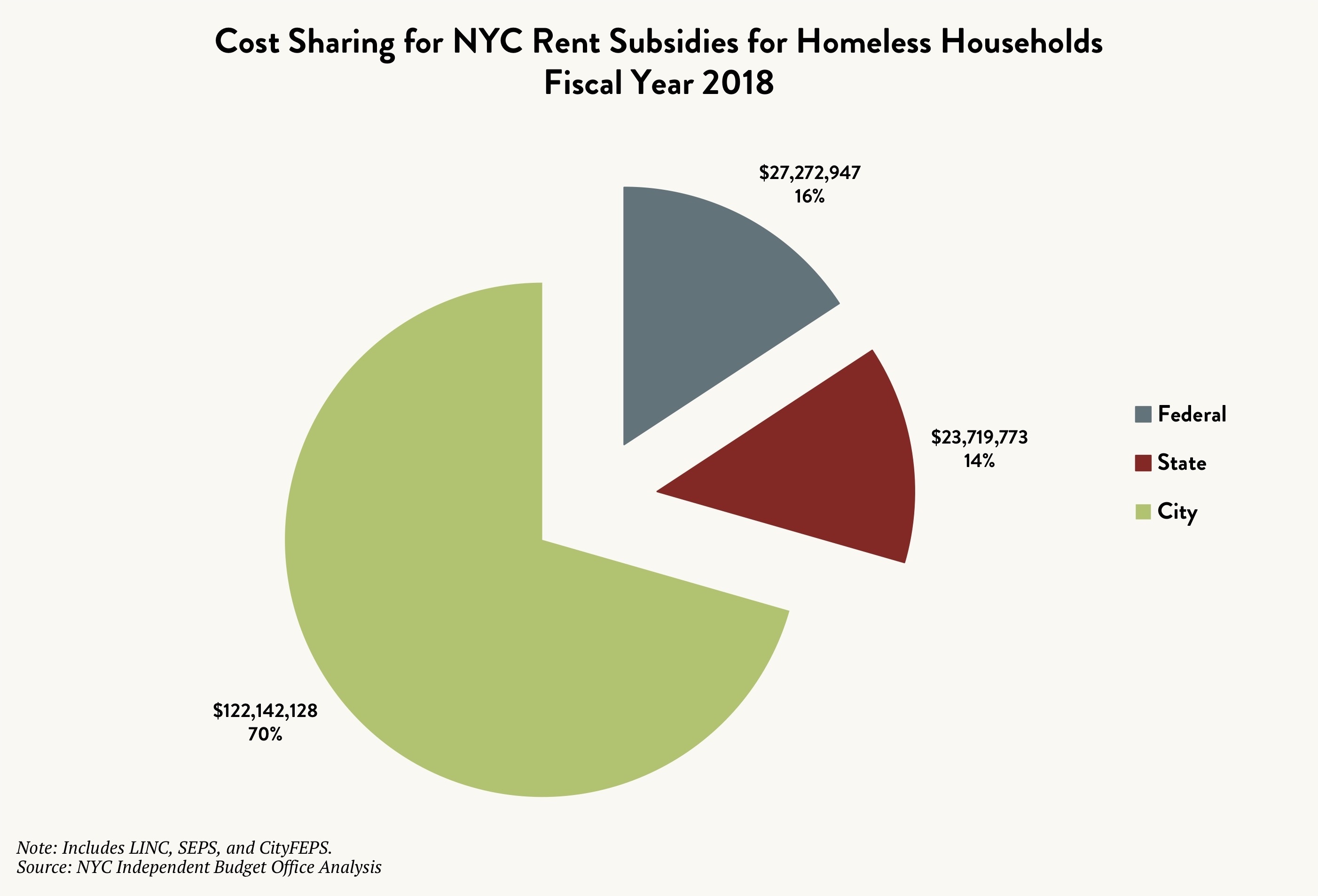 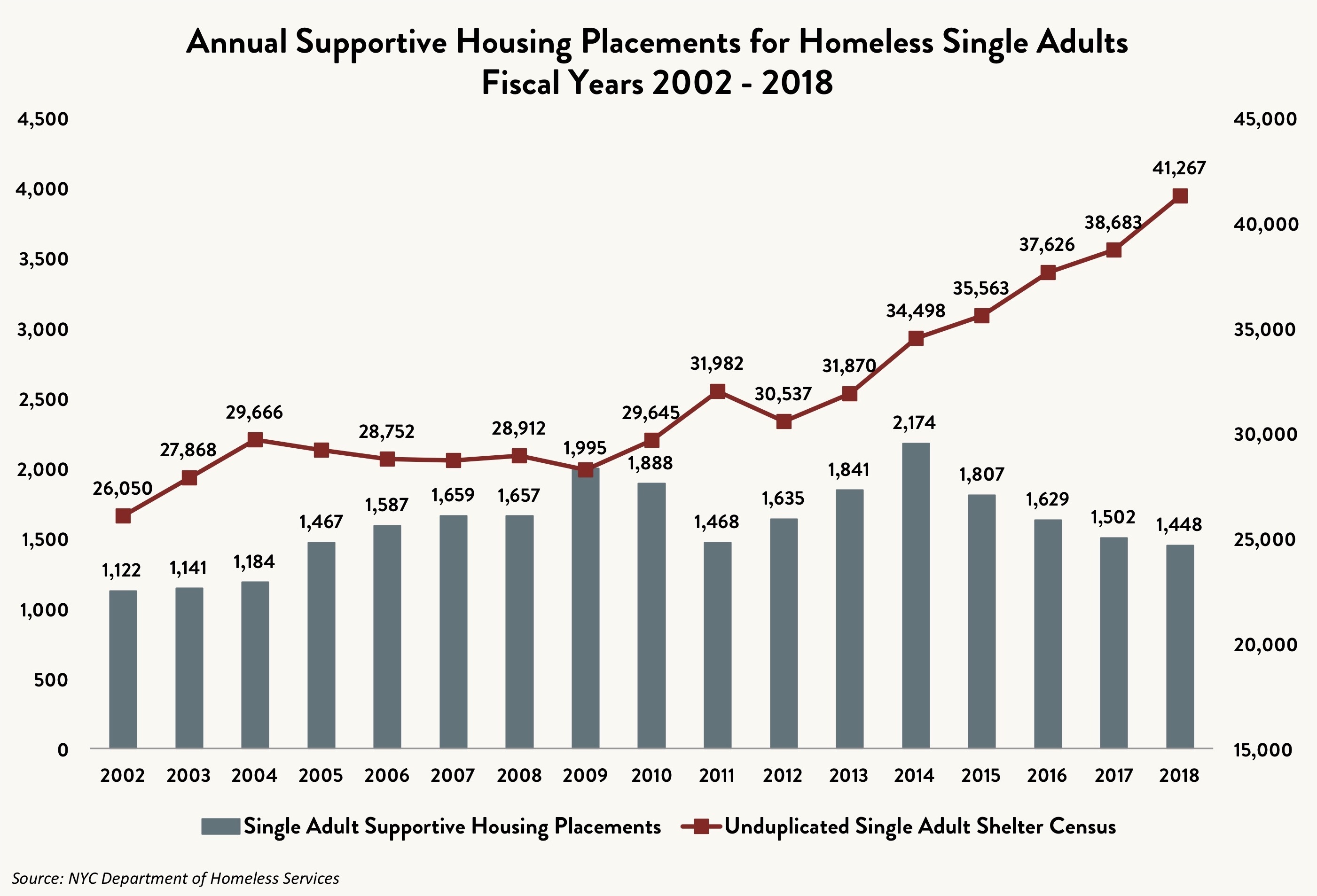 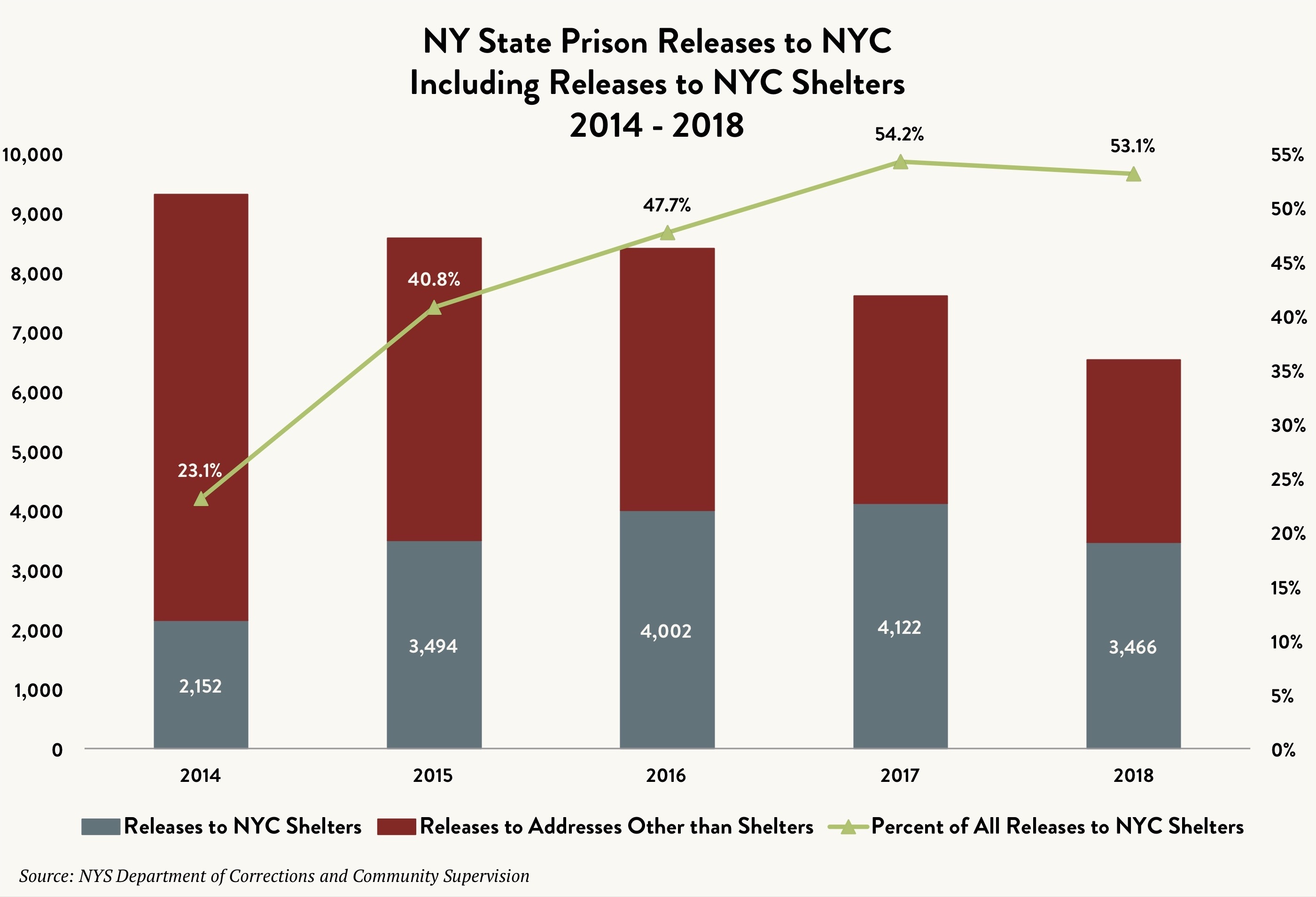 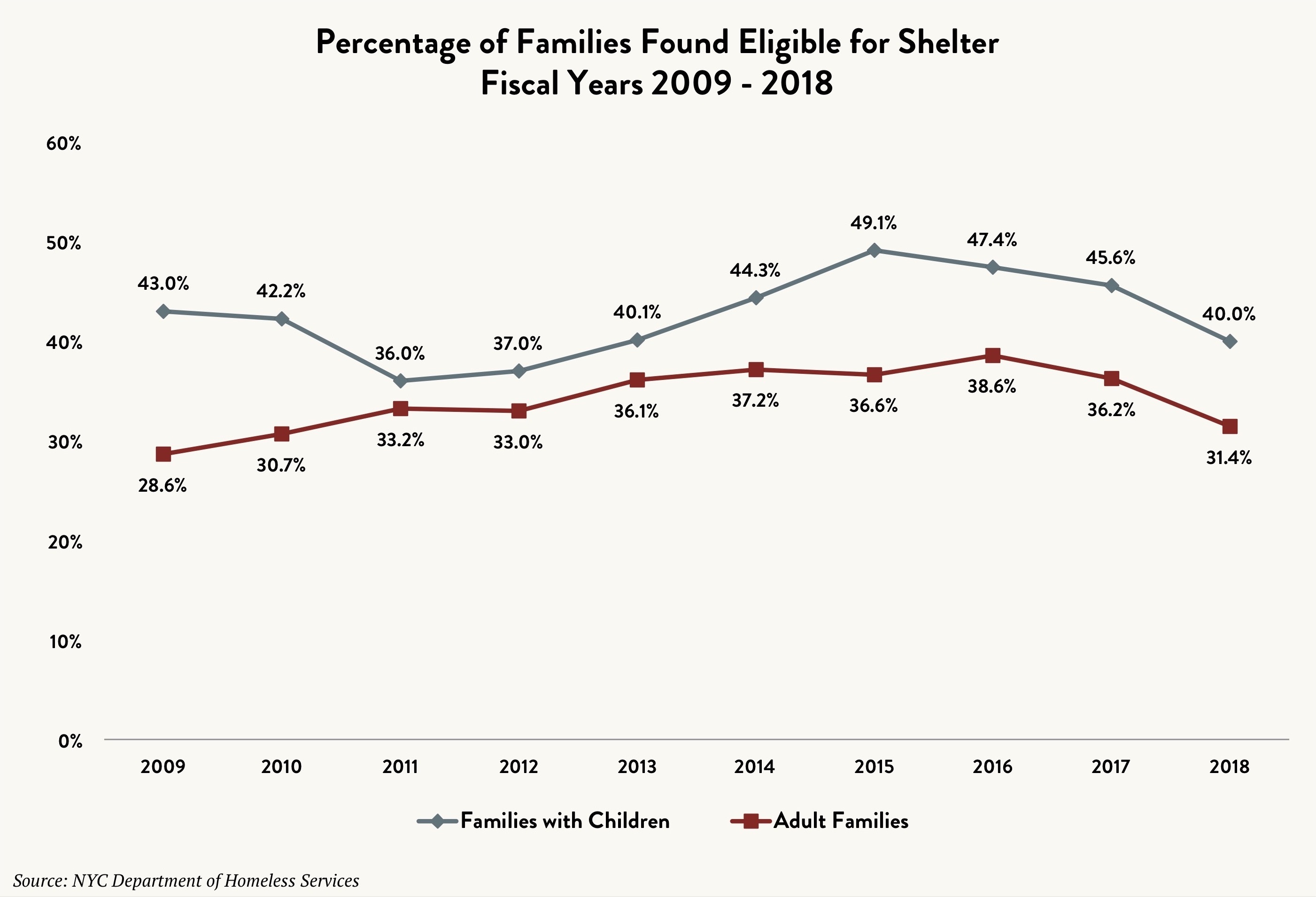 CBS 2 News: A Look Inside The NYC Homeless Report Card

EastNewYork.com: Is NYC Affordable Housing Plan A Scam? As Increased Shelters And Homelessness Increase Under De Blasio And Cuomo

AM New York: In NYC, Still No Homes for Tens of Thousands