While elected leaders continue to play politics and unnecessarily delay the release of funds for supportive housing, thousands of New Yorkers are enduring the bitter winter weather on the streets or sleeping in crowded shelters. Supportive housing pairs the stability of a permanent home with on-site services for people dealing with mental illness, substance abuse or other special needs. Research has conclusively shown that this model both successfully ends homelessness and saves taxpayers an average of $10,100 per unit by decreasing the use of shelters, emergency medical services and other costly interventions. Despite the indisputable benefits, the Governor has still not followed through on the bold supportive housing commitment he made more than a year ago in his 2016 State of the State address.

Earlier this month, the Coalition and The Legal Aid Society presented joint testimony before the New York City Council’s Committee on General Welfare and Committee on Housing and Buildings on the efficacy of supportive housing in breaking the cycle of chronic homelessness for the most vulnerable New Yorkers. Our testimony also reiterated the request we’ve been making for months through persistent advocacy and more than two dozen weekly rallies outside Gov. Cuomo’s Manhattan office: State leaders must immediately sign a memorandum of understanding to release the nearly $2 billion for 6,000 supportive units and other affordable housing that was set aside in last year’s budget, but has since been sitting idle.

Supportive housing is the way forward. However, the need far exceeds the supply. In New York City, for every person placed into supportive housing there are four more people waiting. The statistics are sobering. There are over 60,000 homeless individuals in the Department of Homeless Services shelter system. Thousands more are in specialized shelters for youth, survivors of domestic violence, and those with HIV/AIDS. These figures do not include individuals living on the streets. If we are to make progress reducing homelessness, we must be aggressive.

Much of the supportive housing in New York City has been developed through joint collaborations between the City and State. These are known as the NY/NY agreements. New York City has committed to invest in new units. The State has yet to fully deliver on a year-old promise to invest $2 billion in supportive housing. The failure to establish a new NY/NY agreement is a casualty of the politics between New York City and the State. In the meantime, tens of thousands of individuals and families are waiting for shelter.

Enough waiting. We know what works. The evidence shows that supportive housing is one of the best tools we have to address the crisis of homelessness. Let’s provide for our most vulnerable neighbors and set them on a path to long-term stability.

“This doesn’t just happen to those people,” said Jennifer Garris. “Anyone can become homeless.”

Ms. Garris has a Masters degree and was a special education teacher for 24 years. But after her husband passed away, she struggled with depression and alcohol use. Soon, she became homeless.

This is a familiar story across the country. No one wakes up and decides “today is the day I become homeless.” People lose stability to the unexpected — medical emergencies, sudden layoffs, or an untreated mental health condition. Yes, access to housing is essential to address our homelessness crisis. But housing alone cannot get everyone back on their feet. Some individuals need support to move forward.

This week, the Coalition lost an important member of our family, James Taylor. James was an integral part of our Grand Central Food Program team for over 15 years, as one of our part-time drivers – though his presence felt like it had a full-time feel to it because of his incredible commitment and the pivotal role he played.

Everyone who knew James undoubtedly remembers his deep and gravelly voice, his perpetual smile, and his kind heart. As GCFP Director Juan De La Cruz can tell you, our part-time driver roles are not always easy to fill due to the hours and demands of the job – but James was a rock year after year. He was not a particularly big man, but he could lift 80+ pound crates of hearty GCFP stew with the best of them! James was always a familiar face enthusiastically greeting volunteers, and he regularly managed the long line of hungry men and women coming for a meal with efficiency and warmth. 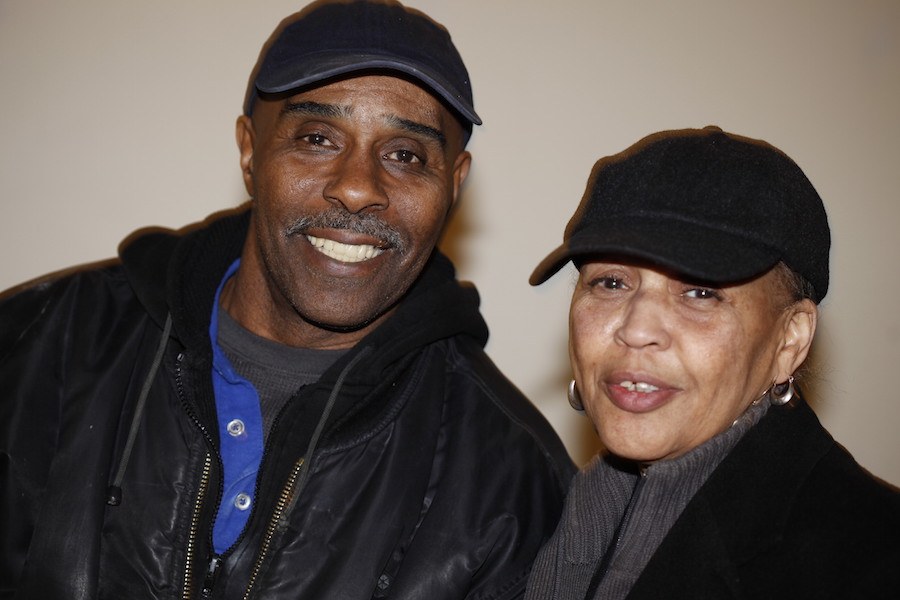 “James had this incredible ability to meet people where they were, regardless of circumstance.” –Megan Lange, CFH Child Advocate and former Jesuit Volunteer

For most of his time with us, James had another full-time job at a social services organization, but he stayed with GCFP because he knew how much its work mattered to the people it reached. He was always a big believer in GCFP’s mission that the vans must go out, no matter what. On the night that Hurricane Sandy hit, almost no one could make it to St. Bart’s to make sure that the hungry and homeless men and women who rely on us were given food — but lo and behold, there was James, as dependable as always. That evening, Juan, James, and one other driver braved the dangerous superstorm in three vans, even though the city had issued a warning against driving and no other cars were on the streets. James refused to abandon the people who needed help the most. 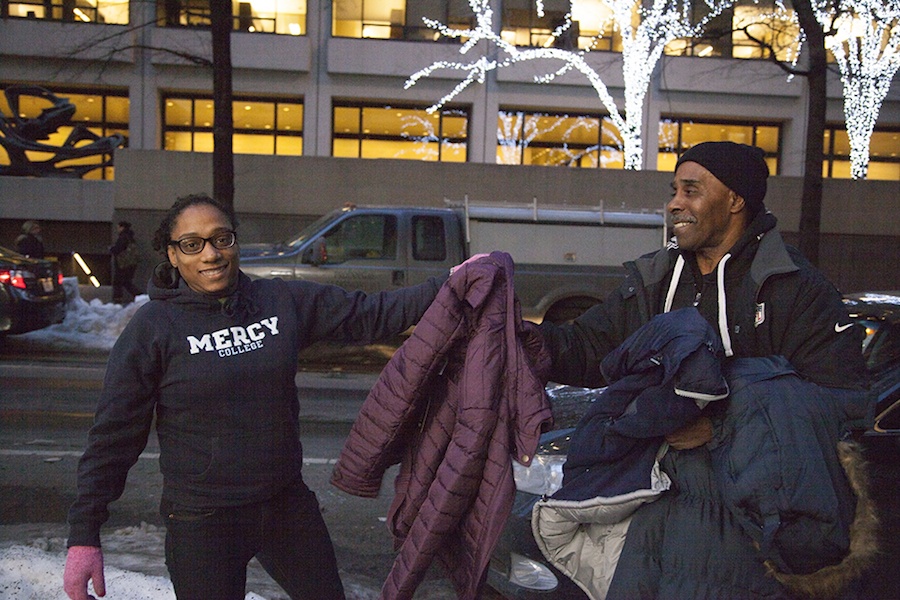 “James knew that there was a great deal he could not control and didn’t know how to fix, but he could make sure that people got fed, on time and every day.” -Paul Fitzgerald, Eviction Prevention Case Manager and former GCFP Program Assistant

It is no exaggeration to say that James was beloved by GCFP clients and volunteers alike. When he retired just last year his absence was immediately felt, but as he wrote in his resignation letter, “I thank you for all the support and I have truly enjoyed being part of this wonderful program. I will continue volunteering if that will be possible.” And volunteer he did – right up until he took ill just last month.

Dedicated Coalition staff and GCFP volunteers were often by his bedside over the past few weeks after learning that James was not well, hoping for a full recovery at first and then just to be with him when it was clear that he was going to be taken from us far too soon. 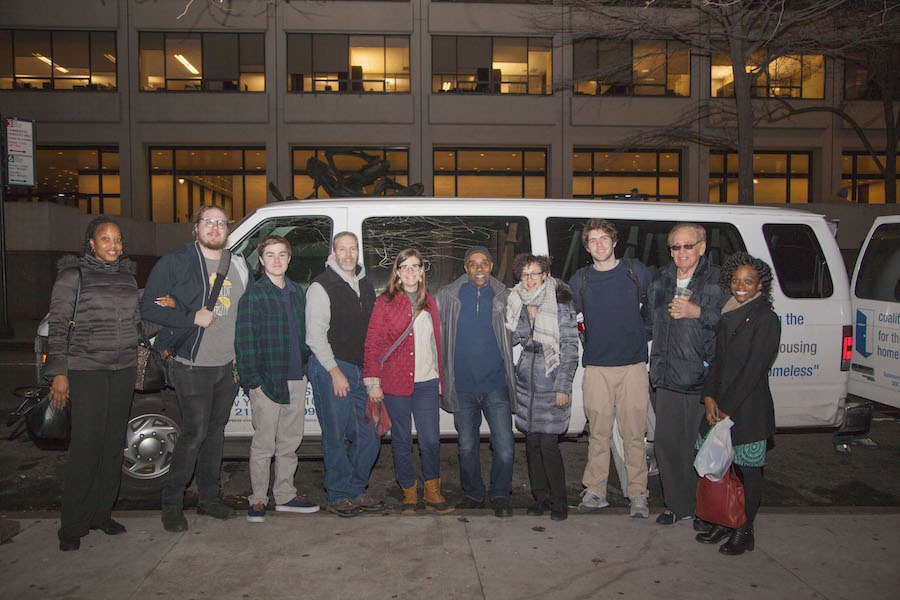 We will miss James greatly. Our thoughts and prayers are with his family.