Coalition for the Homeless Supports the Community Safety Act

Last week, the Coalition joined dozens of other groups, faith leaders, and council members to express support for the Community Safety Act, a council bill that would protect New Yorkers from discriminatory actions by the New York Police Department based on their housing status, or homelessness. 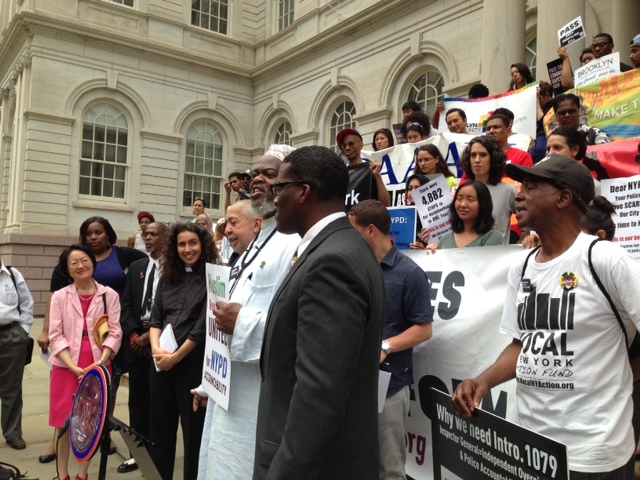 As an endorser of the Communities United for Police Reform campaign, we strongly support the inclusion of “housing status” in the proposed anti-profiling police reform legislation. The reason is simple: There is overwhelming evidence that over the past two decades homeless New Yorkers, in particular those dwelling on the streets or in other public spaces, have been subject to wrongful and at times unlawful arrest by the NYPD in discriminatory fashion; have wrongfully and at times unlawfully received summonses or tickets in discriminatory fashion; and/or otherwise have frequently been subject to aggressive and harassing behavior by the NYPD.

The inclusion of housing status in this bill will mark a milestone in protecting the rights of homeless individuals against such behavior. We support the Council’s fight to pass this bill over the objections and veto of the Mayor.