Home  Newsletter Article  Where is the Recovery for New Yo...

Where is the Recovery for New York’s Working Poor?

At the beginning of the year, news reports stated:

• The economy is beginning to bounce back.
• The recession is over.
• Banks are rebounding.
• The private sector is hiring.
• Consumer spending is up.

But now, the other story – the one we see each day in our waiting room – has erupted in the popular press. Our poorest citizens are bearing the greatest brunt of the recession – and it isn’t letting up.

According to the new census report, in 2009 the New York City poverty rate dramatically increased from 20.1 percent in 2008 to 21.3 percent, representing 1.8 million city residents. Keep in mind that the poverty rate is less than $22,000 for a family of four, or $11,000 for a single adult – hardly enough to survive in the city.

In addition, from 2008 to 2009, the New York State unemployment rate grew by more than three percent, the largest one-year increase since they began keeping track. The unemployment rate for low-income households is disproportionately high. A national study by the Center for Labor Market Studies at Northeastern University found that the unemployment rate for the lowest-paid workers – those who made under $12,500 per year – was 30 percent. In addition, nearly one in five of second tier workers whose household income was between $12,500 and $20,000 were unemployed. This does not even include those who are underemployed or have given up on trying to find work. Meanwhile, those who made over $150,000 per year had a three percent unemployed rate. This disparity is stark.

In New York City, the inequalities in economic recovery are crippling a low-wage workforce. The City proudly reported overall job growth in July, but we actually saw job losses in critical industries for lower income workers, such as utilities, construction, and manufacturing. Of New Yorkers that have jobs, the lower level employees are continuing to see wages slashed and jobs cut, even while their managers receive raises.

Nationwide, it is estimated that up to six applicants are looking for work per job opening. How can we expect people to find and maintain employment at a decent wage with these odds – especially when many are not even qualified for the available jobs? It doesn’t add up.

Historically, the impact of a recession of this magnitude takes time to be fully realized, and preventative crisis services must be in place as a safety net for those who need them most. The combination of a continuing unemployment crisis, lower wages, and increasing burden of higher rents are what push families just struggling to get by into homelessness.

The Coalition’s Eviction Prevention program has been stretched to the limits as we help families who have fallen behind on rent due to unforeseen circumstances. In poorer households we see the difference even a small decrease in income can make. Surviving on unemployment benefits or a new job with fewer hours can strain finances and take a family who was once living paycheck to paycheck off course and into rental arrears. Even if a new job puts hope on the horizon, they are often left with mounting debt that they cannot pay. That is where we come in.

Our one-time grants enable families to reclaim stability while saving the City taxpayers literally tens of thousands of dollars. Sheltering a family costs roughly $38,000 per year, while the average rental arrears covered by the Coalition is less than $2,000. The fiscal sense is clear. But what is more is how such a small grant saves our clients from the great emotional trauma that comes with losing their homes. 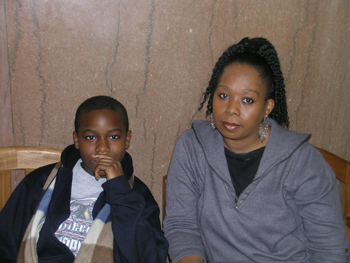 CHERYL is single mother with a school aged son. Last year, she lost her job as a jewelry appraiser and was forced to live off of her unemployment benefits. There were bills to pay, a growing boy to feed, and rent. At the end of the month, there just wasn’t enough money. As she fell further behind, she soon received an eviction notice. Cheryl never believed she would be in this situation – she was always the responsible working mother just trying to get by. Just as she was about to give up, she found another fulltime job. She was now getting back on track – but she still had the looming arrears that had now added up to several thousand dollars. It was then that she contacted the Coalition. Knowing that she had the ability to pay her future rent, we and one of our partner organizations were able to secure grants to cover her remaining arrears. Cheryl was even able to contribute a portion of her new savings. It was a tremendous relief to her to know that she would not have to take her son into a homeless shelter – he could continue to grow up in the apartment and neighborhood he loved.

Sometimes, however, it isn’t this simple. Many of our clients can’t find jobs and need help as they jump through the bureaucratic hurdles of public assistance. Our staff work with clients on numerous applications, advocate on their behalf to various City agencies, and do everything in their power to ensure that the family is able to cover all arrears and avoid homelessness. 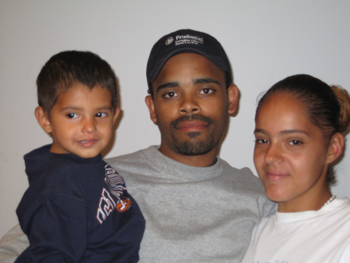 JEREMY, his wife, and their four children came into our Crisis Intervention program after they had been evicted from their apartment of over 15 years. Jeremy lost his job in 2009. They soon fell behind on their rent and were eventually forced to leave. When they came to the Coalition, Jeremy and his family had been placed in a shelter by PATH and were trying to figure out a way to settle their arrears and be reinstated into their apartment. Jeremy had already opened a public assistance case and the family was eligible for the City’s Family Eviction Prevention Subsidy (FEPS), but their arrears were so significant that they needed additional contributions in order to completely clear up their balance. The Coalition was able to provide them with a commitment and also refer their case to other agencies for assistance. Ultimately their FEPS application was approved, our grant was issued along with the other agencies, and the family left the shelter system and was restored to their apartment. Luckily, with the subsidy and the money Jeremy is able to make off of odd jobs, the family is able to stay afloat while he looks for more substantial employment.

These stories underscore how vital our services are to those who have nowhere else to turn. During the past year, the Coalition’s Eviction Prevention Program helped nearly 500 families remain in their homes, and in doing so saved the City more than $10 million in averted shelter costs. But sadly, public funding for homelessness prevention has been slashed significantly while the number of households who desperately try to access our assistance has become overwhelming. Our Eviction Prevention Program is only able to respond to approximately a quarter of the requests received by potentially homeless New Yorkers before our budget for grants is depleted.

Sad to say, but we are not optimistic about the coming months. That’s because the influx of stimulus funding (from the American Recovery and Reinvestment Act) gave cities and states, including New York, a cash infusion to stave off enormous cuts to poverty programs. So, as more families see their benefits dry up, face longer periods of unemployment, and finally, run out of options, New York will have fewer resources to keep them housed, fed, and healthy. That’s why the cost-effective, commonsense policies to prevent homelessness the Coalition champions are more important that ever. Working with us, your support helps the working poor be a part of the recovery, rather than falling further behind.