The number of homeless people living on the streets and in shelters across the country fell this year, according to an annual federal survey released on Thursday. But in New York City, the homeless population continued to grow, swelling in almost every category: individuals, families and the chronically homeless.

When the actor Paul Bettany set out to write and direct his first feature film, the upcoming “Shelter,” inspiration came from an unlikely source: a homeless couple who lived outside his apartment building. 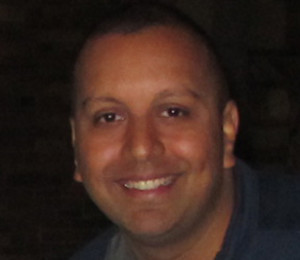 Arvind Singh, a Senior Analyst at AIG, started volunteering with the Grand Central Food Program in 2004. Below, he shares why he has been such a steadfast GCFP volunteer for a decade.

For almost 10 years, I’ve had the opportunity of volunteering as a driver and team leader with Coalition for the Homeless’ Grand Central Food Program. I can honestly say that the experience has been incredibly rewarding by allowing me to make countless friendships with other volunteers, staff and the clients we serve. It has helped me grow as an individual in more ways than I could imagine, and it has helped me gain a new appreciation for a city I thought I knew.

In 2001, my friends from college and I wanted to do something to help out fellow New Yorkers who were homeless. We collected and gift-wrapped a bunch of food and clothing items, then set out on a cold winter night during the holiday season to deliver them.

The last person we came across on our run indicated that, as much as he would love the very nice coat we offered him, there was someone a few blocks away who needed the coat more than he did. I was blown away by this act of generosity. I started a conversation with him and told him that I had just graduated from college with a BA in Finance. He then revealed that he had actually obtained an MBA from an Ivy League school and worked in the financial sector until he wound up losing his job, and eventually his family. All of a sudden, he found himself homeless. This hit me hard and made me realize that many of us can become homeless in a short period of time.

This experience drove me to get more involved in programs that help homeless New Yorkers. I learned about the Coalition for the Homeless’ Grand Central Food Program and immediately fell in love with it. It allowed me to develop friendships with people I would not have interacted with previously. I am truly grateful for the personal connections I have made with the clients we serve.

There is one elderly woman in the Bronx whom I have grown to know very well over the years. Years ago, when I told her I was going on a trip to India, she said to get her a small gift. I wound up getting an unframed piece of art and gave it to her. She came back the next week to excitedly show me she had gotten the piece of art framed. Years later, I told her I was becoming a dad. I could see the excitement on her face. When I returned to driving the Bronx route after the birth of my son in August, the first thing she said when she saw me was, “How’s Sanjay? I can’t wait to see the pictures.”

These connections have allowed me to truly appreciate the beauty and diversity of New York. They have also taught me to treat others with respect and dignity no matter what the circumstance. So many of the clients we serve are treated quite harshly by society in their daily lives. I learned that seeing a friendly face and being treated with dignity and respect is just as important as the food itself for the people we serve.

One of the most rewarding aspects of the program is seeing people who used to get food from the van coming back with donations or wanting to volunteer and help their fellow neighbors. For example, there was a father who used to come out with his sons in the Bronx. Although they were not homeless, the family had fallen on hard times. The father had lost his job and was relying on the meals provided by the Coalition for dinner for him and his sons. He told me that when things got better, he would love to help out. Months later, after he had found employment, he showed up with his kids at the same stop where they used to get food. This time, they came back to distribute food they had brought for clients.

I am truly grateful for the opportunity the Coalition for the Homeless has given me. I now look forward to when my son is older and can join his dad on the Coalition runs.