The combination of skyrocketing rents and stagnant incomes continues to push record numbers of New Yorkers into homelessness, leaving them with nowhere to turn but a shelter system that is bursting at the seams. New York City has a legal and fundamental moral obligation to provide shelter to anyone who has no other place to stay, which is why we don’t have the massive tent encampments found in other major cities. Opening these necessary shelters, however, can elicit a range of responses from people who live nearby. The Coalition for the Homeless continues to call on the City to commit more resources to permanent housing, which will reduce the need for shelters, but it is imperative that the City have sufficient shelter capacity for the men, women, and children who need it right away.

When Mayor de Blasio unveiled “Turning the Tide on Homelessness” in February 2017, he announced a plan for the City to open 90 new shelters to replace expensive and inadequate models like cluster-site facilities and commercial hotels. The Mayor explained that homeless people come from every neighborhood in the city, and they can get back on their feet more quickly if they are sheltered close to their existing community ties like schools, jobs, social supports, doctors, and churches.

Many people immediately latched onto the number 90 and speculated about which neighborhoods would see the opening of new shelters. Word of the first shelters drew vociferous protests and legal actions in an effort to stop the new facilities from opening. Reading the headlines or watching the local news, it’s easy to think that all New Yorkers have an instinctive aversion to homeless shelters. But although they might not be as loud or as well-publicized as the protesters, there are many New Yorkers who instead react to the news of a shelter opening in their community not with knee-jerk resistance and hyperbolic alarmism, but with understanding and rationality. They are motivated by a genuine desire to help those who are experiencing the trauma of homelessness, and open their arms to those in need. These compassionate communities recognize that no one wants to be homeless, and that the kindness of fellow New Yorkers can make all the difference to families and individuals desperately trying to piece their lives back together.

In the spirit of the season, and with a desire to bring well-deserved attention to inspiring examples of human kindness, the Coalition for the Homeless is proud to announce the recipients of our third annual Compassionate Communities Award: Welcoming Neighbors Northwest Bronx. 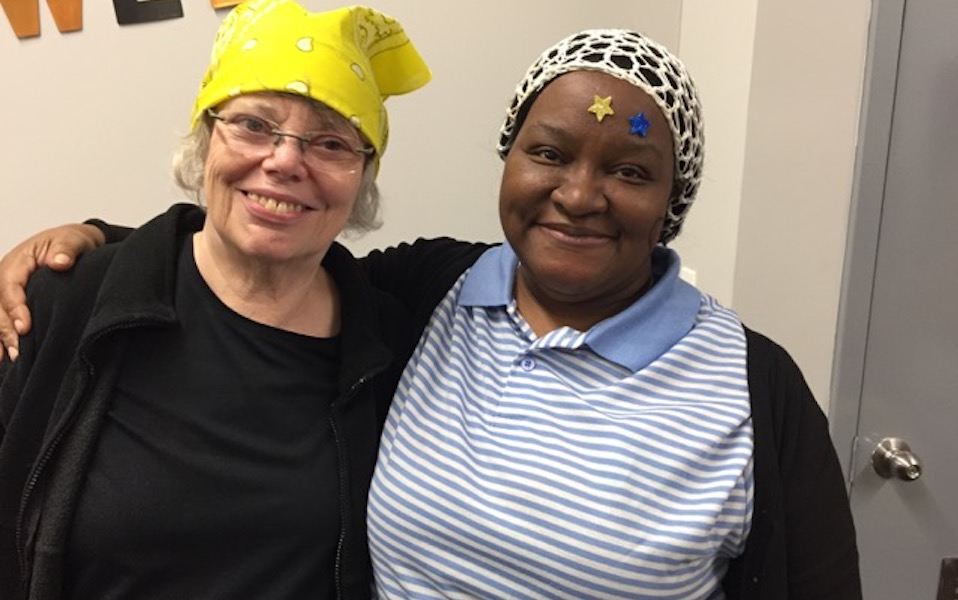 The rumors started floating around the Kingsbridge and Riverdale neighborhoods of the Bronx in the summer of 2017: Neighbors had heard that the new building on Broadway was going to become a shelter for families with children instead of market-rate housing as initially planned. When the local media confirmed that the Broadway Family Plaza would be opening that fall, the murmurs turned into shouts.

Initially, many members of the local community openly resisted the new shelter, including at tense community meetings. “I heard about how hostile one community meeting was, and I realized I had to start paying attention to this,” local resident Ivan Braun recalled. “I live three blocks away from the facility, and since it was literally in my neighborhood and it was a place that I knew, I felt like this is my neighborhood, I should respond.”

To counter the negativity and fear, a group of about 25 community members gathered for a meeting at Church of the Mediator to discuss how they could craft a different message. Rather than making assumptions about the shelter, the group did extensive research on the provider, Praxis Housing Initiatives, and arranged a tour of another one of their facilities. “We weren’t necessarily there to champion the City’s position,” Ivan explained. “But we did want to challenge the fear and hostility, and make the people moving in feel welcome in our community.” 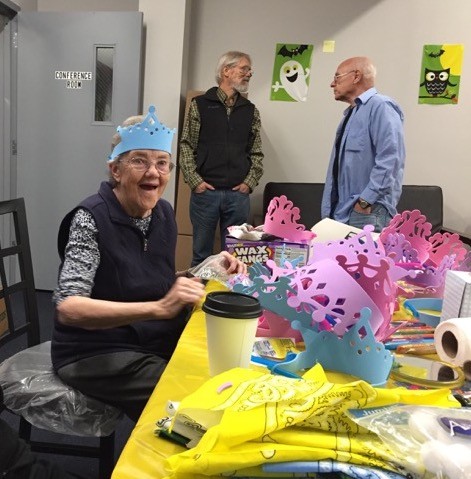 After a few meetings, they settled on a name for their ad hoc group: Welcoming Neighbors Northwest Bronx. “That name came out of what we thought was our real purpose: To make the residents that were going to be moving into that building just feel welcome in the neighborhood so they didn’t have to feel fearful of where they were coming to,” Ivan explained.

The community members who started attending the Welcoming Neighbors meetings came from different backgrounds but were united in their mission to help their new neighbors. Some were longtime community activists, but many other members did not know each other previously. The group quickly gained momentum.

“We were successful in changing the tenor of the conversation,” Ivan said. “We showed there were people in the community who supported the shelter. And eventually, the people who had fears kind of backed off, and those fears did not materialize.” 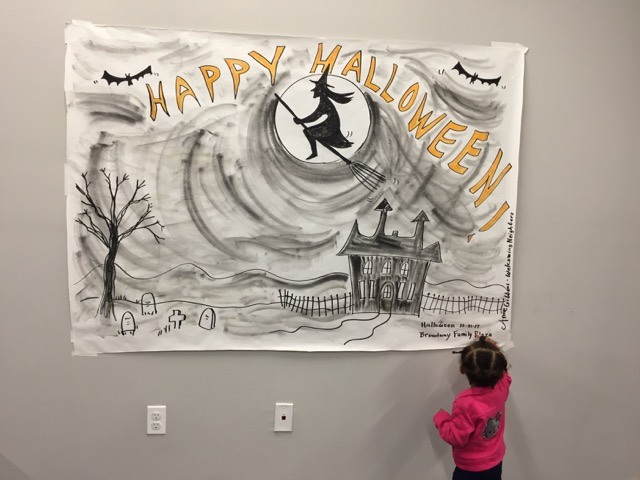 The shelter opened its doors on October 18, 2017, so Welcoming Neighbors decided to organize a Halloween party for the kids. They set up stations for face-painting and making masks, and of course, brought ample amounts of candy. “There were probably 20 to 30 kids who passed through over the few hours, adding to their costumes and just having fun,” Ivan said. “It was part of making the building feel their own.”

With Thanksgiving around the corner, Welcoming Neighbors had an ambitious goal to provide complete dinners for each of the 83 families in the shelter. They hosted a fundraising drive and raised $2,500, which they used to purchase turkeys and all the standard fixings for every family. 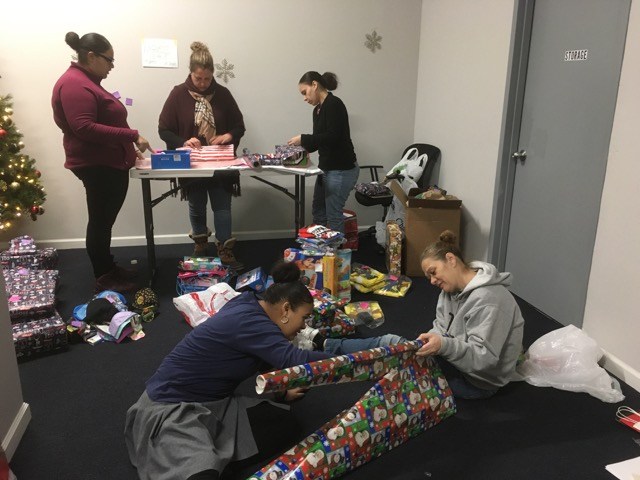 They kept up the holiday cheer with a party in December, where they, in partnership with the Office of Bronx Borough President Ruben Diaz Jr., gave presents to all of the kids. “The holiday activities were practical things we could do that were above and beyond what the facility was able to do at that time because they were busy getting new people settled in,” Ivan said. They also organized card-making activities in advance of Mother’s Day and Father’s Day.

Welcoming Neighbors wanted to take their efforts beyond hosting parties. “Part of what we talked about with the shelter staff is that we wanted to do more than just ‘nice things,’” said Dee Knight, who coordinates tutoring activities as part of the center’s afterschool program. “We wanted to be building resources in the community and developing the skills and resources of the families who live there. Homelessness can hurt school performance due to absences, a lack of space to do homework, and the overall stress. So we figured there were probably kids who could benefit from tutoring.” 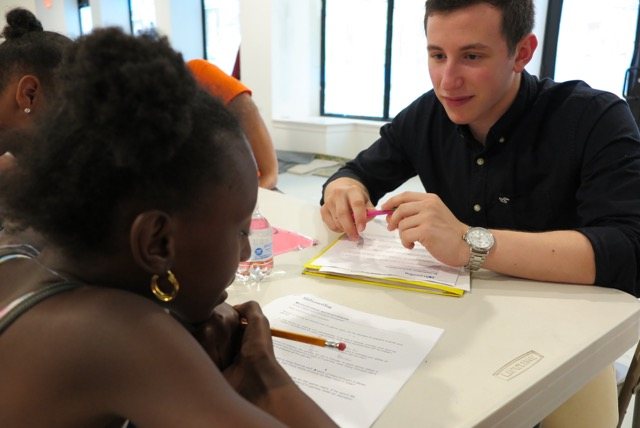 Welcoming Neighbors worked with Praxis to offer basic reading and math tutoring two days per week as part of the shelter’s summer camp program. Several of the Welcoming Neighbors volunteers were teachers, and they developed a curriculum to help the kids excel. “It definitely improved kids’ attitudes and some of their basic skills,” Dee said. “This was part of our larger goal: For the families who live at the facility, whether they live there for a month or for a year or more, we hope the experience will be a positive one – so it’s not just a roof.”

The summer tutoring was so successful that they decided to continue it as an afterschool program when the new school year began. Welcoming Neighbors coordinates with students from a nearby college to tutor about 30 kids. Next, they hope to volunteer for a program to help some of the shelter residents improve their English language skills.

Darlene Hines, the Director of the Broadway Family Plaza, praised Welcoming Neighbors for dismantling the stigma around homelessness and for their empathy, understanding, and commitment to helping residents of the facility. She said, “The Welcoming Neighbors community group has stood by the side of each family and has led the charge for change. Welcoming Neighbors has forged a new way to look at how communities can respond to change.” 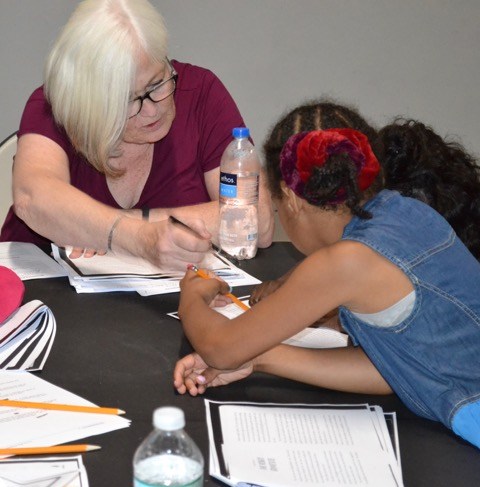 Ivan said that volunteering with Welcoming Neighbors has shown that instead of resisting shelters, people should think of the individuality and humanity of their neighbors who are experiencing homelessness. “These are normal families just like us, but the only difference is that they became homeless – many through no fault of their own. They’re just families struggling, and they’re not dangerous or to be feared. A successful facility can be an asset to a community, and the way to make it successful is to support it, not to fight it. If people living in the facility feel welcome in the community, it makes all the difference.”

“As elected leaders, it is our responsibility to care for our most vulnerable populations,” said Bronx Borough President Ruben Diaz Jr. “That includes our homeless families. Welcoming Neighbors Northwest Bronx has done tremendous work to integrate the Broadway Plaza Family Shelter with the surrounding Kingsbridge community, and the work of these volunteers truly sets an example for compassionate community involvement for the entire city. I congratulate Welcoming Neighbors Northwest Bronx on this important award, and I encourage neighborhoods all over our city to consider their example when examining controversial projects in the future.”

“Our city’s current shelter system manages to deal with tremendous overcrowding, insufficient resources, and unfair stigmas from community members,” said NYC Council Member Andrew Cohen. “It is important to remember, especially at this time of year, that kindness is a resource every New Yorker can offer. The recipients of this year’s Coalition for the Homeless Compassionate Communities Award: ‘Welcoming Neighbors Northwest Bronx’ understands that that support and compassion can have an extraordinary impact on an individual or family that is striving to restore their life. I am honored to congratulate and thank this organization for their contributions to our North West Bronx community.”

Coalition for the Homeless congratulates all of the Welcoming Neighbors volunteers for taking the proactive steps needed to help build bridges in the community and support not only the provision of services to those in need, but to render those services directly in such a constructive, one-to-one framework that has the power to change the lives of everyone involved. 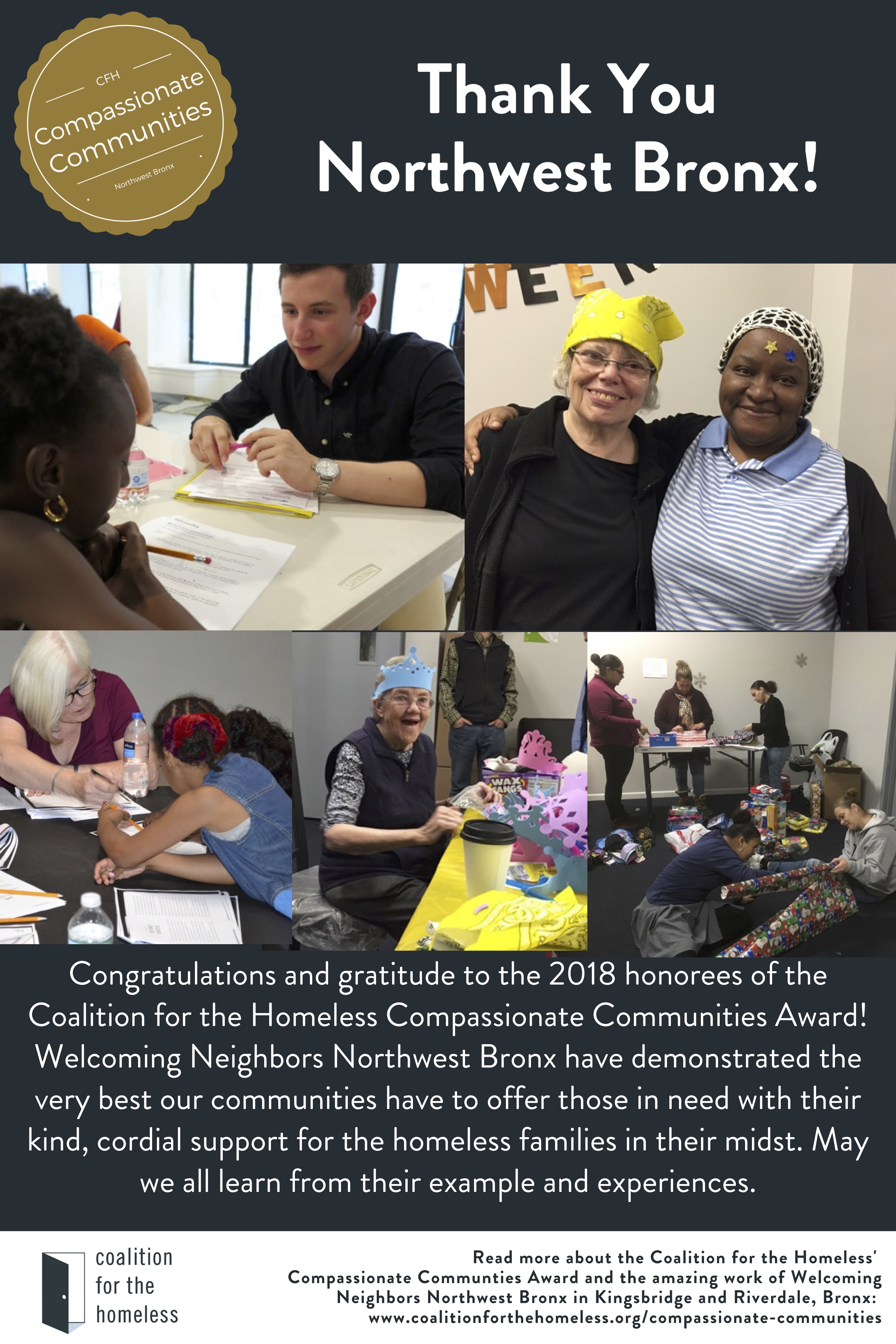