NEW YORK (WABC) -- The issue of homelessness in New York City is a complicated one with no shortage of opinions. The New York ... Read more 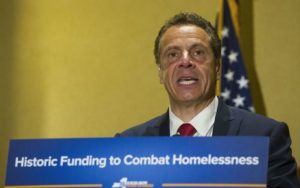 ALBANY — Amid an ongoing battle over the state’s handling of the homelessness crisis, Gov. Cuomo is touting his administration’s efforts to boost affordable housing. As advocates ... Read more

Throughout the year, New Yorkers from across the state struggle to find permanent or any housing. How can the state better meet the needs of these homeless New Yorkers? We asked Shelly Nortz, Deputy Executive ... Read more

Big Brother Bill is watching. City cops will begin installing 100 new security cameras in predominantly Jewish neighborhoods in an effort to stanch a rash of hate crimes that has left ... Read more

Groundbreaking Bill, Introduced by Council Member Rafael Salamanca Jr., Would Require Majority of City-Assisted New Projects to Set Aside at Least 15 Percent of Apartments for the Homeless Lack of Affordable ... Read more 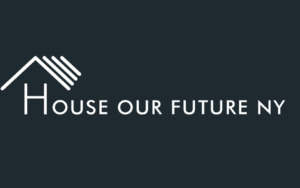 Legislation Would Set Aside at Least 15% of Newly Constructed Apartments for the Homeless NEW YORK, NY – The following statement from the House Our Future NY steering committee is in response ... Read more

Homeless Outreach Workers: Nothing We Do Matters Without New Housing

After a homeless man allegedly bludgeoned four other homeless men to death on the streets of Chinatown, Mayor Bill de Blasio announced Outreach NYC, a new plan to address the ongoing crisis of street ... Read more

A law would mandate that affordable-housing projects built with city assistance must have 15 percent of the apartments reserved for the homeless. As New York City grapples with record numbers of homeless ... Read more

Could anyone argue against more engagement of the kind Mayor de Blasio unveiled late last month, when he announced plans to enlist 18,000 city workers as the eyes and ears of a rejuvenated effort to identify ... Read more

New York to Use 18,000 City Workers to Identify and Help Homeless 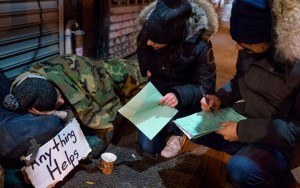 New York City will direct more than 18,000 of its municipal workers to use 311 to give social service workers real-time information to help them steer the almost 4,000 people who live on the streets into ... Read more

Manhattan’s CB4 Honored for Compassionate Approach to the Homeless

With homelessness continuing to be a major issue citywide, attention is often paid to communities who are resistant to new shelters coming into their area. But the Coalition for the Homeless is recognizing ... Read more